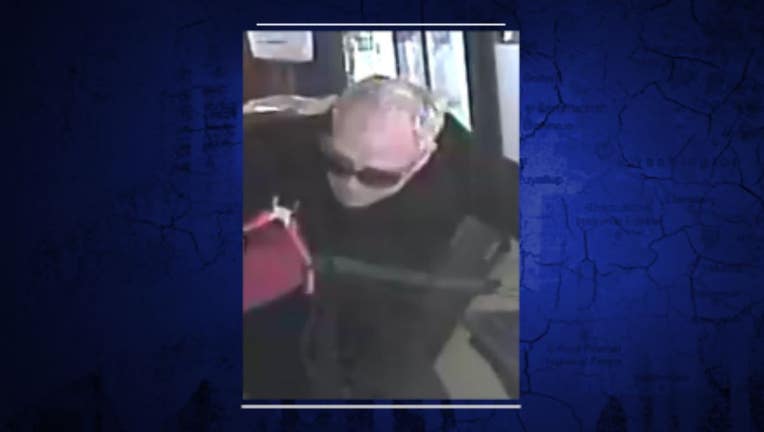 CAPTURE UPDATE -- Burlington police say on November 30, 2014 La Feens Donuts and Ice Cream was robbed at gunpoint. The employee at La Feens fought with the suspect prior to him fleeing on foot. During the same timeframe, the Bellingham Police Department began investigating a series of armed robberies in their jurisdiction as well that appeared to have been committed by the same suspect, a white male in his late 50s or early 60s. Forensic evidence was collected by both police department’s and submitted to the Washington State Patrol Crime Laboratory for analysis. Investigators also sought the assistance of Washington’s Most Wanted. Burlington Police provided WMW with video footage from the Burlington robbery. Leads were developed as a result. Laboratory results returned identified the suspect as Dennis Jeffrey Ridley, a 63-year-old white male. Ridley was living in Bellingham at the time of the robberies. Ridley has an extensive criminal history and had previously served time in prison for armed robbery in the State of California. On April 22, 2015, Sheriff’s deputies with the Orange County, California Sheriff’s department arrested Ridley without incident. He waived extradition and on June 9, 2015 was returned to the State of Washington by the United States Marshals Service and booked into the Skagit County Jail for robbery first degree.

WANTED IN BURLINGTON December 17, 2014 -- Police are on the hunt for a serial armed robber and police say his last target was a clerk inside the Lafeen’s Donut shop on November 30. But thanks to a brave store clerk police now have a clear view of the suspect’s face. Investigators think the same man is responsible for robberies stretching from Burlington to Bellingham. “It just makes me mad,” said clerk Sara Mora, “It makes me angry.” Mora was working in the back of the store when she heard a customer walk in. But when she saw a man guy holding a gun, she did exactly as she was told. “Right when he flashes his gun I’m like, whoa,” she said. “This is the end of me, my life ends right here.” The thief made Sara empty the register. But when the suspect turned to cut the phone lines, Sara made her move and armed herself with a metal napkin dispenser. During the struggle Sara pulled down the suspect’s hood. Investigators said the image of the man captured on video is their best chance to identify the suspect. “It gives us a very description of who we’re looking for,” said Officer Jed Cates of the Burlington Police Department. “He’s obviously shown that he’s willing to do it, this has occurred 4 times in Bellingham.” Investigators believe the suspect is responsible for other armed robberies in Bellingham; several were also captured on surveillance video. “Our fear is he could escalate even further,” said Cates. Police think the suspect could be using silver, Nissan Pathfinder that was caught on camera near Lafeen’s. Sara hopes someone can recognize the suspect and get him off the streets. She also has a message for the stranger. “You’re going to get yours for sure,” she said. “You really messed up my mind and I hope you realize what you’ve done to me.” If you know the gunman’s identity, call an anonymous tip into: CRIME STOPPERS: 1-800-222-TIPS You must call the Crime Stoppers hotline with your tip to be eligible to receive a cash reward for information leading to a fugitive’s arrest. CLICK HERE for information on how to TEXT A TIP to Crime Stoppers