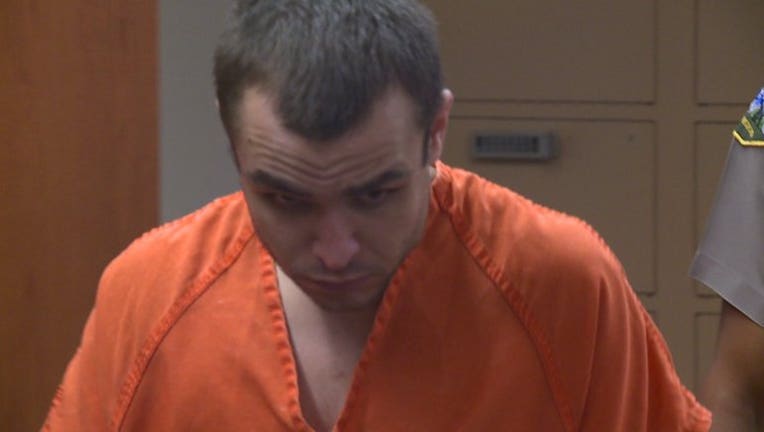 At 11:44 AM on September 18, 2016, Lakewood patrol units were called to the Creekside apartment complex (12615 47th Avenue Southwest) for a subject that was featured on Washington’s Most Wanted.  A citizen called in to say that they believed the US Marshals had been out the day before looking for a wanted subject named DEVIN KONECNY (28 year old male).  We learned that KONECNY had indeed been featured on Washington’s Most Wanted and had three outstanding no bail felony warrants.  Two of the warrants were for Failure to Register as a Sex Offender and the third was for Escape from Community Custody.

Officers initially knocked on the apartment door where he was at and announced their presence.  They did not get an answer or see anyone inside.  They did hear some movement in the back.  After the officers knocked on the door, our dispatch received a fake 911 call about a robbery to a gas station nearby.  It is believed that KONECNY placed the bogus call to divert officers away from his apartment.

KONECNY’S grandfather and the apartment renter said he believed KONECNY was not there, but said he did stop by sometimes, usually at night.  He responded to the location and allowed officers inside the apartment to look.  While searching inside, KONECNY shot at officers from a hidden location.  The officers backed out of the apartment and contained KONECNY inside.  No officers were hurt and the officers were unable to return fire because they could not see KONECNY.  Additional assistance was requested and the Cooperative Cities Metro SWAT team was activated.

Negotiations with KONECNY were on and off for several hours.  KONECNY had barricaded himself inside in the apartment in the company of his willing girlfriend, who also refused to come out.

At approximately 6:16 PM, KONECNY fired shots out towards officers. He showed himself with a revolver in his hand and threatened officers…at which time SWAT officers fired and struck the suspect.  He was eventually taken into custody at 7:03 PM without further incident.  The female that was with him inside the apartment was also taken into custody without incident.

KONECNY is currently receiving medical treatment at a local hospital for his non-life threatening wounds and is under police guard.  When he is able to be released, he will be booked into the Pierce County Jail.  KONECNY’S girlfriend was booked into the Pierce County Jail on a charge of Rendering Criminal Assistance in the First Degree for her involvement in the incident. 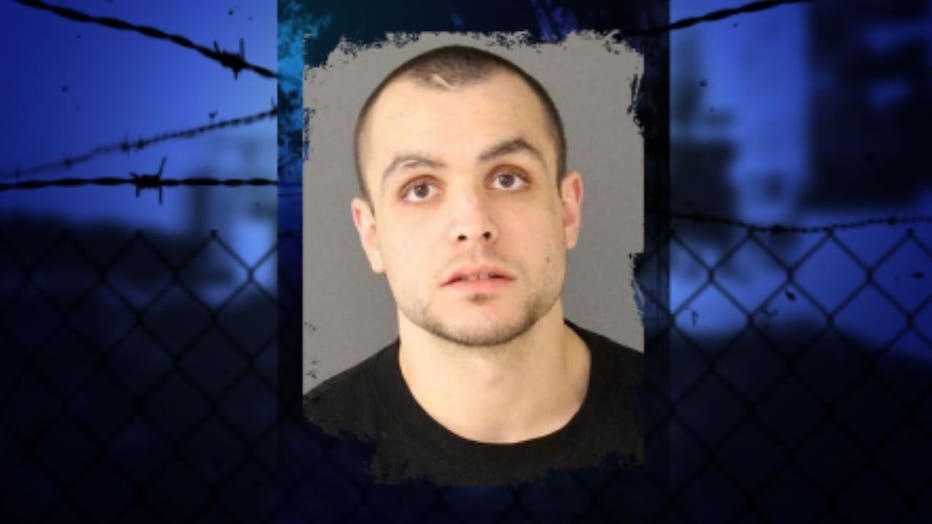 LAKEWOOD -- Metro SWAT officers arrested Devin Konecny following an all day standoff in Lakewood.  Lt. Chris Lawler says patrol officers were called to an apartment complex at 47th Ave SW and Addison after getting a tip about a Washington's Most Wanted fugitive. "The grandfather, who is the apartment renter, said that the subject was not there but he had stopped by sometimes. He let officers in to look and the suspect shot at officers," said Sgt. Lawler.  No officers were hit.  They backed out of the apartment and called for the SWAT team.

Konecny barricaded himself inside with his girlfriend who refused to leave him alone there. Metro SWAT officers arrived on scene and started negotiations. Several hours later, police say Konecny fired two rounds towards officers and showed himself with a revolver in his hand. Officers fired and struck him two times.

"He is currently receiving medical treatment for his wounds and his condition is currently unknown. The girlfriend was also taken into custody uninjured. The case remains under investigation," said Lt. Chris Lawler.

WANTED IN PIERCE COUNTY --
The hunt is on for a convicted child rapist who's wanted in Pierce County -- and considered ‘armed and dangerous.’

Devin Konecny was convicted of child rape in 2007.

He's since been busted for failing to register as a sex offender multiple times -- and is now missing again.

"If you see him, I would consider him 'armed and dangerous,' says Tacoma Police Ofc. Loretta Cool. “Please call. Do not try and contact him yourself. He does have extensive history, criminal history, where he's used weapons, or been in possession of weapons."

Konecny also has convictions for robbery.

Pierce County Prosecutor Mark Lindquist says he's facing a ton of time behind bars once he's caught. “In Washington, we require sex offenders to register. There's a good reason for that, for community safety. We want to know where they are. When someone fails to register, that's a crime and we vigorously prosecute those crimes just as we vigorously prosecute the underlying sex crimes. Additionally, we look at people's criminal history. He has a criminal history and we want to know where he is and we want him in custody.”

Again, he's considered "armed and dangerous," so if you spot him on the street -- stay away -- and call an anonymous tip into:
CRIME STOPPERS: 1-800-222-TIPS