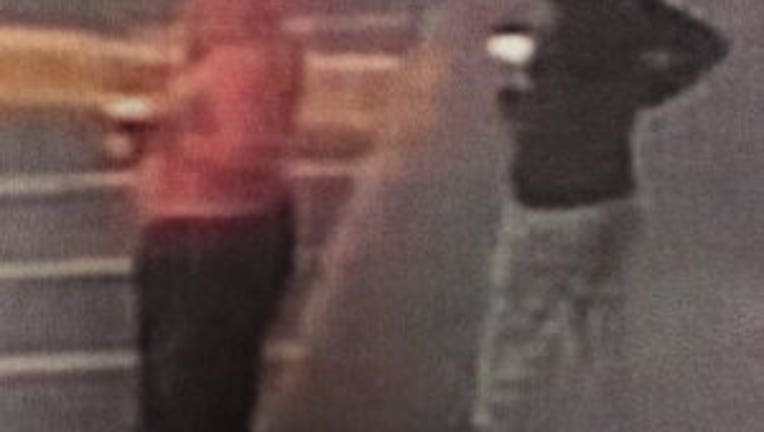 SEATTLE - Seattle Police say the suspect who threw bleach in the faces of two women in South Seattle before trying to rob them may be named 'Destiny'.  The attacks happened outside Safeway at 3900 S. Othello St. and the Dollar Tree store at 9000 Rainier Ave S. She was wearing a dark hoodie. She is described as African American with a caramel colored complexion, 18-21 years old, 5’03” to 5’05” with a slim build. "I remember she had corn rows in her head. I couldn't tell if she had long hair or not because she had a hood on but she had very piercing eyes. She had a very intimidating face,” she said.  If you can identify her, Crime Stoppers will pay you a cash reward of up to $1,000.

Thanks to your tips to Crime Stoppers of Puget Sound, the other suspect in the pink hoodie has been identified and arrested. She is 18-years-old. Once she is officially charged, her name can be released publicly.  She is WMW Capture #800.

One suspect surrenders in bleach attack, another being sought

One suspect surrenders in bleach attack, another being sought

SEATTLE -- Seattle Police are asking for the public’s help identifying two suspects accused of throwing bleach in the faces of women before trying to rob them.

The attacks occurred on August 15 in the parking lot of the Safeway at 3900 S. Othello St. and the Dollar Tree store at 9000 Rainier Ave S. in South Seattle.

"When I first got hit with it, I thought it was acid to be honest, because my face was burning,” said one victim who asked not to be identified by name. She was leaving the Dollar Tree store after buying some snacks for her mom.

"I had my keys around my neck and I was about to open the door and I heard ‘excuse me’. I turned around, splash,” she said. 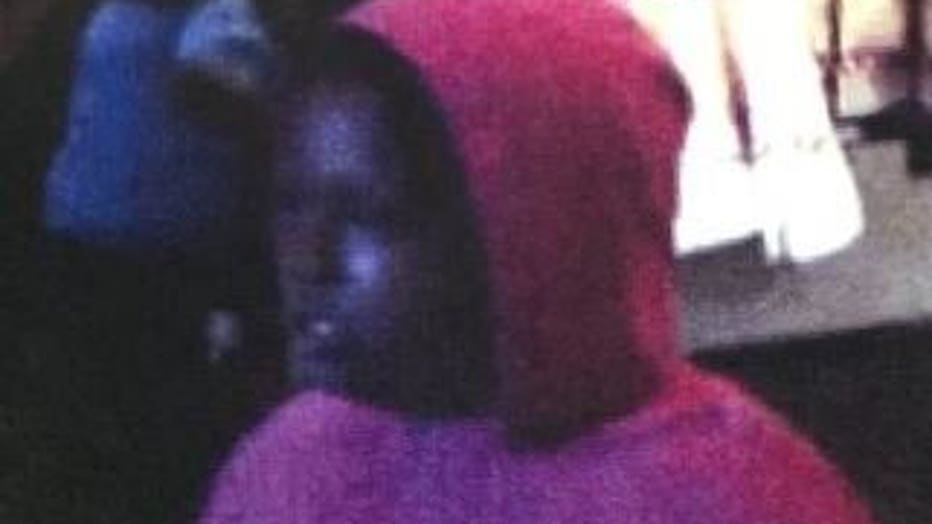 The suspect tried to grab her cell phone.

“I just yanked her hands off me and I just bolted straight into that store,” said the victim who was taken to the hospital after employees in the Hair Art Beauty Supply store called 911.

Fortunately, she was wearing her glasses so the bleach didn’t get in her eyes but it did go down her throat.

“My whole throat was burning. It was hard for me to breathe.”

She described her attacker as African American with a caramel colored complexion, 18-21 years old, 5’03” to 5’05” with a slim build.

"I remember she had corn rows in her head. I couldn't tell if she had long hair or not because she had a hood on but she had very piercing eyes. She had a very intimidating face,” said the victim. 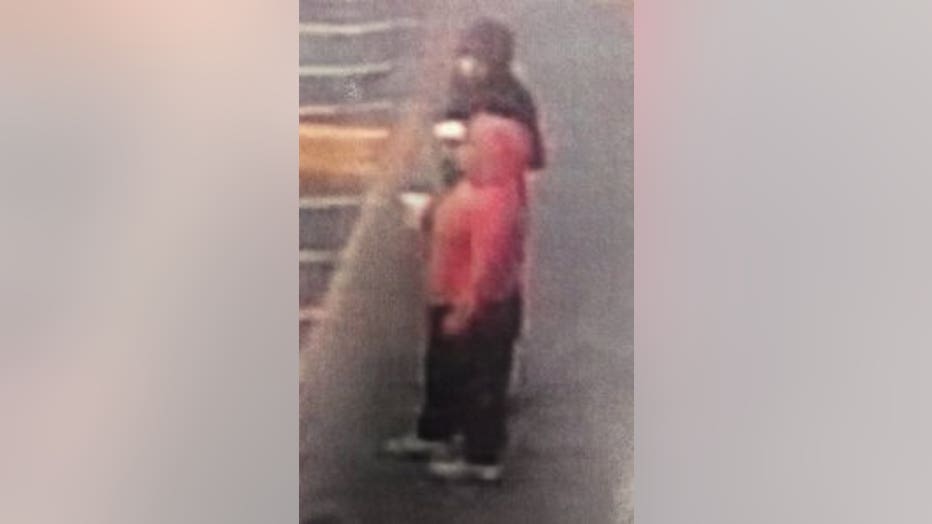 Less than an hour later, Seattle Police say there was a second attack outside the Safeway store about two miles away.   A woman had just put groceries in her car when she says two suspects threw bleach in her face.

“They kind of yelled at her. She turns and they threw the fluid on her and attempted to grab her purse. A pretty good struggle went on and she was able to retain her purse,” said Ret. Det. Myrle Carner with Crime Stoppers of Puget Sound.

The two suspects fled northbound through the parking lot and the victim called 911. Officers found her face, eyes and neck visibly red and she was having trouble seeing.

A surveillance camera outside the store shows the two teenage girls police suspect in the attack based on the witnesses description. Each is holding a cup. One suspect is wearing a bright fluorescent top. The video shows her hand her cup to the other and then walk inside the store. She meets up with a woman in a blue dress and the two hug before she walks back outside. The two suspects then leave the camera’s view walking north.  Detectives say the bleach attack occurred off camera.

The suspect in the bright top is described as African American, 4’11” with a heavy build and 16 to 17 years old. Both suspects are facing charges as adults for Attempted Robbery and Assault.

The second suspect in the dark hoodie matches the description of the woman in the first attack outside the Dollar Tree store.

"We feel she`s involved in both cases,” saidCarner. "We feel there`s a pretty good correlation here. They think they have a good MO. We need to know who these people are."

While the victim in the first attack didn’t suffer permanent physical injuries, she is suffering from emotional scars.

“She needs to get caught because this is not OK and for something like this to go unpunished is not OK” she said.

Crime Stoppers of Puget Sound is offering a cash reward of up to $1,000 for information identifying the two suspects that leads to their arrest. If you know either of their names, call the hot line at 1-800-222-TIPS (8477) or submit the information online at www.crimestoppers.com.