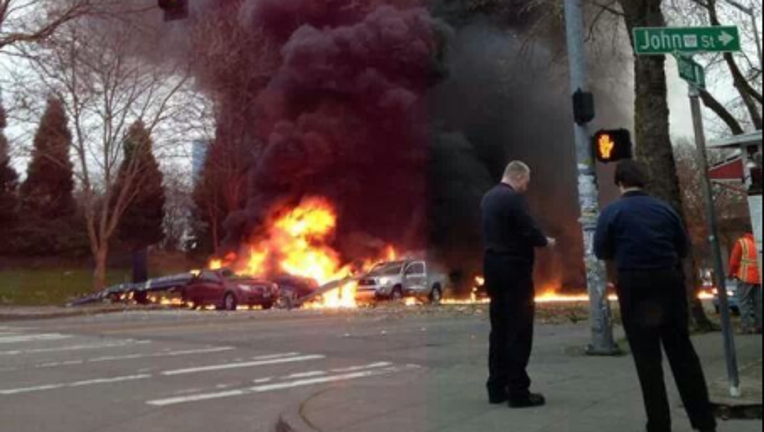 SEATTLE -- Witnesses said the KOMO-TV News helicopter that crashed near the Space Needle Tuesday made a screeching or "whining" noise when it first lifted off the station's helipad, National Transportation Safety Board investigators say.

The helicopter then lost control.

"It spun around like a top," witness Tyler King said.

Witness Chris McColgan said of the helicopter: "His noise pointed west, he banked right. He was basically sideways, he almost did a barrel roll. It hit and it instantly burst into flames, it instantly exploded."

Other witnesses said the helicopter lifted up from the roof at KOMO News, touched down, and then took off again. The helicopter then spun around and crashed onto Broad Street.

The pilot and photographer on board were killed, and the driver of a car set afire by the crash was seriously injured.

KOMO 4 News in Seattle confirmed that a news helicopter used in a joint partnership between KOMO 4 and KING 5 News crashed just before 7:45 a.m. on Broad Street near the Space Needle and erupted into a fireball, setting two cars and a pickup truck on fire. The drivers of the pickup and the other car escaped injury.

The NTSB hauled the charred wreckage of the helicopter to a hangar in Auburn to continue its investigation into the cause of the crash.

Seattle Fire Department officials said only the tail of the chopper remained, and damage to the vehicles on the ground was extensive.

Richard Newman, 38, of Seattle, who was in a red car set afire, managed to get out of his car and ran from the vehicle with his clothes on fire. He rolled on a nearby grassy hill to try to put out the flames.  He was taken to Harborview Medical Center with burns over 20 percent of his body. He is in serious but stable condition. Doctors said he would require surgery. 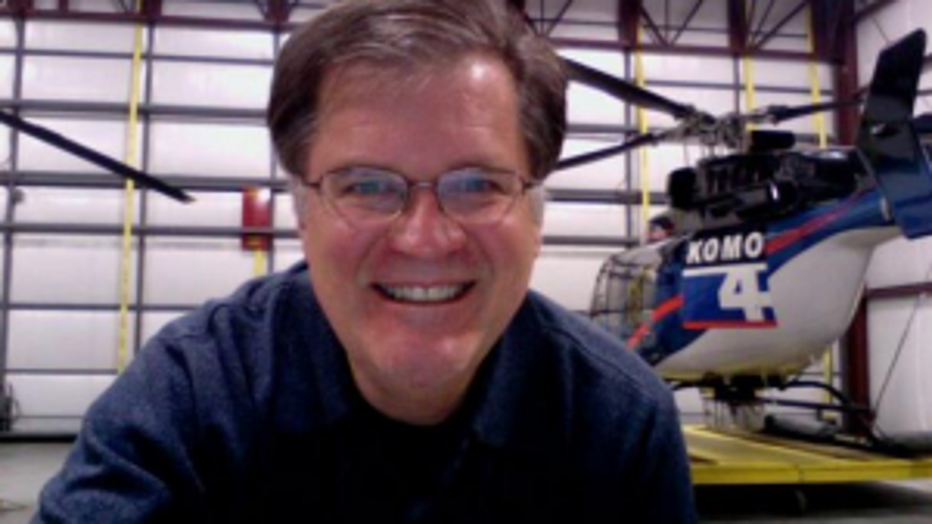 KOMO's usual AIR 4 helicopter was being outfitted with new equipment. The chopper that crashed was a backup for the station.

Helicopter Inc., a St. Louis area company that leased out the chopper to KOMO, issued a statement extending sympathies to families of the victim and saying it will cooperate "fully and completely" with the NTSB investigation. Company headquarters flew their flags at half-staff Tuesday.

NTSB officials said Tuesday afternoon the helicopter -- A Eurocopter AS 350 -- had just returned from a trip to Covington, Wash., to refuel before heading off to Renton.

Kyle Moore, a spokesman for the Seattle Fire Department, said initial calls came in of an incident near the Space Needle without rescue and firefighters aware that a helicopter had crashed. But the gravity of the scene quickly dawned upon firefighters when they arrived to the Space Needle.

"We knew immediately it was a large crash," Moore said. "It was a huge fire." 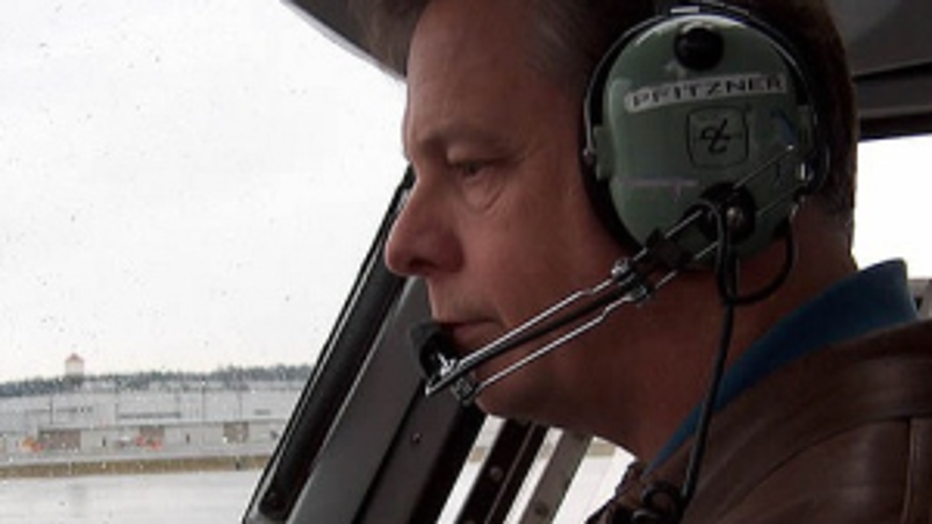 KOMO reporter Corwin Haeck said the sound of the chopper taking off from KOMO's roof was always a welcome noise in the newsroom. Never before had the sound been followed by such sadness.

"We come to work every day knowing we have to report on tragedy, but it's never been this close to home," said Haeck. "This is a news story but also a personal story."

The Space Needle, Chihuly Garden and Glass and the EMP Museum were closed to visitors shortly after the crash.

KIRO 7 Eyewitness News grounded their television helicopter following the crash, pending a flight-safety review. It was unsure how long  the helicopter would be grounded, and Mayor Ed Murray said his office would investigate the use of all helicopters in the city.

The NTSB requested anyone who saw or heard the crash to contact the Seattle Police Department to help with the follow-up investigation.