SEATTLE -- King County Executive Dow Constantine announced Wednesday that, with the defeat of Proposition 1 in the special election, he will send legislation Thursday to the County Council to eliminate 72 Metro Transit bus routes and reduce service by 550,000 hours.

“We gave the voters a choice, and presented a proposal for saving Metro Transit and maintaining our roads," Constantine said. "They have chosen a reduced level of service, and we will carry out the will of the voters. Tomorrow I will transmit legislation to the King County Council to reduce service by 550,000 hours and eliminate 72 bus routes.”

“I am saddened that in the coming months we will see dramatic cuts to our region’s bus service," said King County Council Vice Chairman Joe McDermott, chairman of the council's budget committee. "But, the voters have spoken, and it is our responsibility to carry out their wishes. We will not stop our efforts to get more sustainable and fair revenue options from Olympia.” 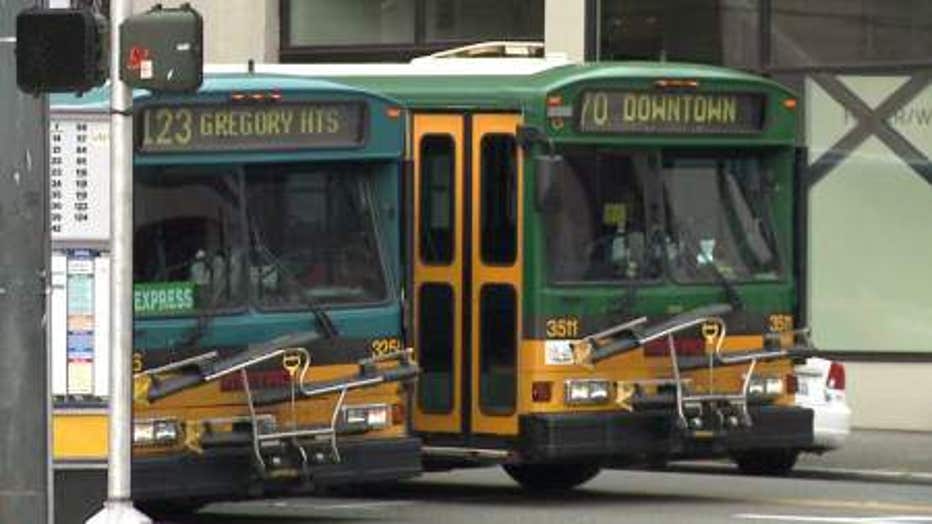 Proposition 1 would have implemented a $60 vehicle fee and increased the King County sales tax by 0.1%, with the revenues being directed toward maintaining Metro Transit bus service at its current hours and supporting road repair and maintenance in cities.

With the rejection of Proposition 1, starting in September Metro will implement the adopted phased-in plan to eliminate 72 bus routes and reduce or revise another 84 routes to live within reduced revenues, King County said in a news release.

Meanwhile, a public transit advocacy group is hoping the public will vote to increase property taxes to save bus routes.

The advocacy group Friends of Transit announced it intends to file an initiative for the November 2014 election that would attempt to save King County Metro service within Seattle city limits by increasing property taxes.

Officials with Friends of Transit propose an increase in the city's property tax by $0.22 per $1,000 of assessed value between 2015 and 2021. Officials said their proposal could raise up to $25 million a year for the next six years, enough to reverse most of the planned cuts.

It could also help reduce cuts to routes operating between Seattle and other cities.

Ben Schiendelman, founder of Friends of Transit, said Seattle could be irreversibly hurt by a permanent cut in transit, especially as ridership has increased to about 400,000 a day.

"Seattle will grind to a halt if we don't act fast to save buses," Schiendelman said. "Seattle voters want better transit. We will not rest until we have reversed these cuts and begun making the investments we need to provide Seattle with the transit system it deserves."

In order to file an initiative, Friends of Transit will need to fill petitions with enough signatures to equal or surpass 10 percent of the last mayoral vote turnout.

Officials hope to file the initiative by the end of the week, they said.