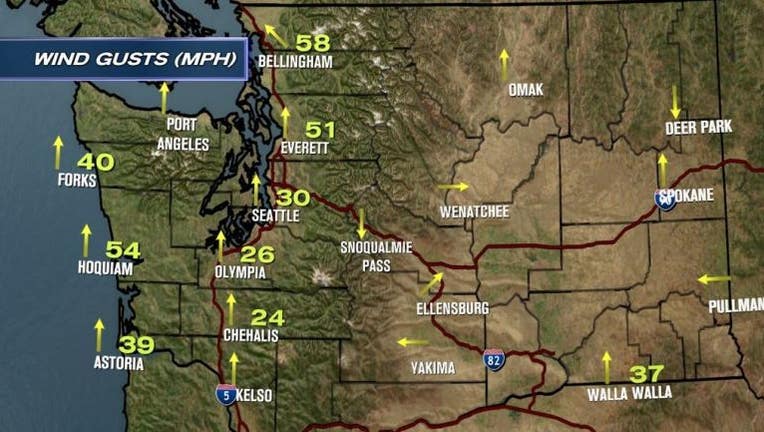 Wind speeds at 5am

SEATTLE -- Thousands of people were without power, trees were down and some bridges were even closed across Western Washington Thursday morning as several rounds of stormy weather slammed the region.

Brownsville Highway in Kitsap County was closed Thursday morning because of water over the road. Downed trees also forced the closure of other roads in the county.

Q13 News viewer Beau Garreau sent us this video of a transformer blowing. It was taken near the Lummi Island Ferry Terminal.

Gusts topped the 60 mile per hour mark around 4am across parts of San Juan and Whatcom Counties.

In Federal Way one resident shared a photo of a limb that appeared to have pierce the ceiling of a home and was left sticking into the living area. 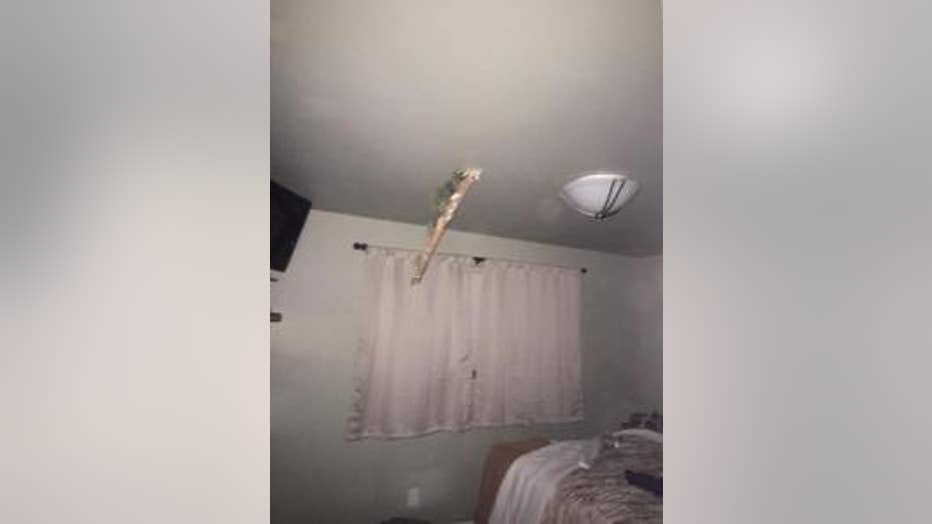 Tina Garcia:"Federal Way at 4 am. No one hurt. PSE already on it."

At 10 a.m., Puget Sound Energy estimated nearly 55,000  customers up and down the I-5 corridor were without power.

Crews with Seattle City Light were also working to restore power in several locations. It reported that 5,600 customers were without power in the Capitol Hill, Montlake area.

Mason County PUD said most of the city of Shelton was without power.

“Winds will decrease this morning,” said Joyce. “Showers and sunbreaks through the afternoon. A hooded jacket helps for the showers and the chill in the air-- the sunglasses will help for the random sunbreaks. I can't rule out an isolated t-storm, small hail or a rainbow.”

The Hood Canal Bridge was closed due to high winds.

WSDOT reported trees down on I-5 near Samish Way in Bellingham. In Silverdale trees were also down across Trigger Avenue to Highway 3 southbound. Trees had briefly blocked SR 410 at Traffic Avenue in Pierce County.

A 3-car crash on NB Interstate 5 at S 188th Street created a 10-mile backup. Federal Way to SeaTac was up to about a 100-minute commute.

The Sounder Northline Trains No. 1703 and No. 1705 out of Everett were being held due to trees across the tracks.

In Port Orchard Melissa Missy Gould said lines and trees down at Jackson Ave and Azalea had sparked a small fire. 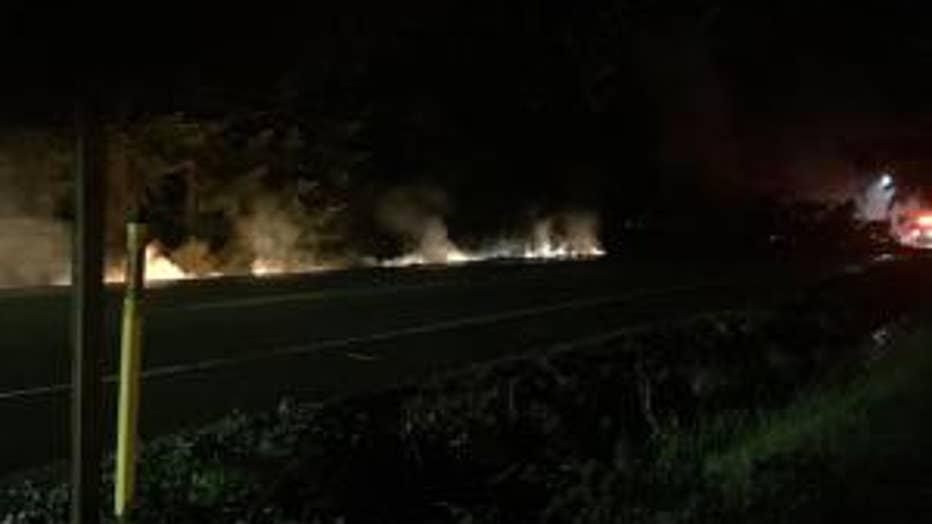 “This wind in Mount Vernon is shaking my whole house,” wrote MrsJennyK on Twitter.

The Federal Aviation Administration delayed flights for a time into the Seattle-Tacoma International Airport Wednesday evening due to the wind.

KPTV-TV reported a tree fell onto a pickup truck, killing a person, between Cannon Beach and Seaside on U.S. Highway 26 about five miles east of U.S. Highway 101.

The weather service also issued a coastal flood warning and high surf warnings for much of the Washington coast and inland waters.