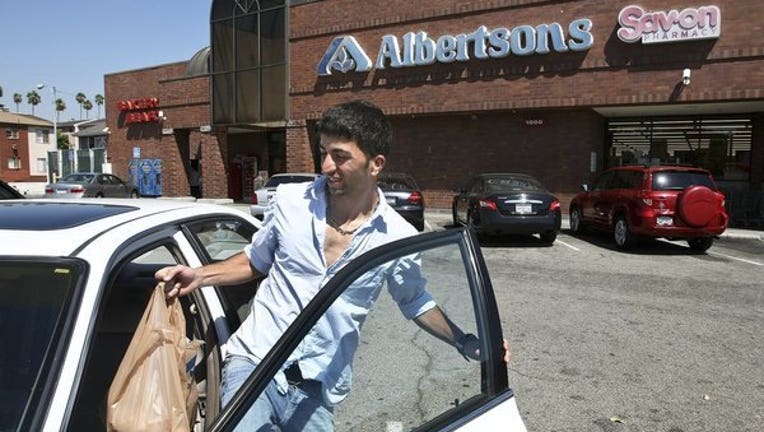 Albertsons parent Cerberus Capital Management is setting its sights on the grocery throne currently occupied by Kroger, buying up rival Safeway Inc. in a deal valued at more than $9 billion.

Through its AB Acquisition arm, Cerberus said Safeway shareholders will receive $40 a share, including $32.50 a share in cash.

Board members of Safeway, which is based in Pleasanton in Northern California, unanimously approved the transaction Thursday.

Together, the two grocery chains will operate more than 2,000 stores. Kroger has 2,640 units.

Albertsons, which is headquartered in Boise, Idaho, currently runs 1,000 stores and 12 distribution centers. Safeway has 1,600 stores. The merged entity will have more than a quarter of a million employees, making it one of the largest employers in the country, Albertsons Chief Executive Robert G. Miller said in a conference call with reporters Thursday.

Consumers are increasingly diversifying their grocery shopping, spreading their purchases throughout the week among multiple retailers instead of sticking to one stop at a single supermarket, he said.

“The way people shop for groceries has fundamentally changed,” Miller said. “We have to adapt.”

He added that a combined Safeway and Albertsons would lead to “substantial cost savings” and fresher and higher-quality product resulting from a more efficient purchasing and distribution system.

“The whole will be greater than the sum of our individual parts,” he said.

The deal is expected to close during the fourth quarter; the companies “will remain competitors” until then, Miller said.

The deal will also have to pass muster with antitrust regulators.