One of Will Smith’s co-stars from "The Fresh Prince of Bel-Air" shared her thoughts on what happened at the Oscars a week ago.

Tatyana Ali, who played Ashley, Smith’s younger cousin on the show, wrote that it took her a while to get her thoughts together before sharing.

"I love #WillSmith very much. @chrisrock didn’t deserve to be hit. Period," she wrote.

"My heart aches for what has happened. I don’t know what caused that chaos & confusion, but I do know that Will has a big heart. I’ve seen him many times try his best to do what is right. I believe in him," she continued.

Smith and Ali reunited in 2020 to film the ‘Fresh Prince of Bel-Air’ reunion special, which aired on HBO Max.

Last Sunday, Smith strode from his front-row Dolby Theatre seat on to the stage and smacked Rock, who had made a joke at the expense of Smith's wife, Jada Pinkett Smith. Moments later, he went on to win the best actor award for his role in "King Richard."

RELATED: Oscars 2022: Where to stream ‘King Richard’ and what our critics thought

Smith has since resigned from the motion picture academy and said he would accept any further punishment the organization imposed.

The Academy said in a statement to FOX Television Stations Group that they will "continue to move forward with our disciplinary proceedings against Mr. Smith for violations of the Academy’s Standards of Conduct, in advance of our next scheduled board meeting on April 18."

Smith in a statement released Friday afternoon said he will "fully accept any and all consequences for my conduct. My actions at the 94th Academy Awards presentation were shocking, painful, and inexcusable."

Smith loses voting privileges with his resignation. But there are other, less tangible benefits to being part of the academy, Hollywood's most prestigious organization: It bestows industry credibility on its members. It's invitation only, and with a once-a-year membership review.

The resignation came two days after the academy's leadership board met to initiate disciplinary proceedings against Smith for violations against the group’s standards of conduct. Those proceedings could have resulted in suspension or expulsion, and it was not immediately clear what additional punishment he could face.

Had he been expelled, Smith would have joined a small group of men removed from the academy: Harvey Weinstein, Roman Polanski, Bill Cosby and the actor Carmine Caridi, who was kicked out for sharing awards screeners. 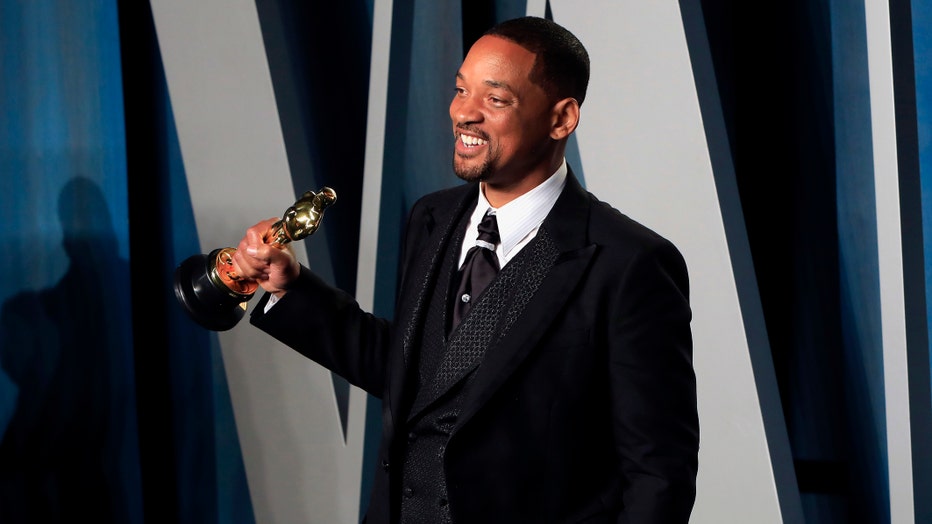 Smith stunned Rock, the theater crowd and viewers at home when he took the stage after Rock joked: "Jada, I love you. ‘G.I. Jane 2,’ can’t wait to see it."

Pinkett Smith, who has spoken publicly about her hair loss condition, alopecia, had a closely shaved head similar to that of Demi Moore in the original movie.

After Smith's attack, he returned to his seat and angrily twice shouted at Rock to "get my wife’s name out your (expletive) mouth." When Smith took the stage again less than hour later to accept his Oscar, he tearfully apologized to the academy but notably omitted any mention of Rock.

Rock, who was about to present Oscar for best documentary, declined to file charges when asked by police.

He has only briefly addressed the attack publicly, saying at one comedy concert in Boston this week that he was still "kind of processing what happened."

Will Smith resigns from the academy: New Details | LiveNOW from FOX

Will Smith resigned Friday from the motion picture academy following his Oscars night slap of Chris Rock and said he would accept any further punishment the organization imposed.

The fallout was immediate and intense. Smith had supporters for coming to his wife's defense, but he was widely condemned for responding with violence and for marring both his long-sought Oscar victory and overshadowing the night's other winners.

That included Ahmir "Questlove" Thompson, director of the winning documentary, "Summer of Soul," and the film's producers. They claimed their awards in the unsettled moments following Smith's attack and outburst, when the room's attention was shattered.

Ali wasn’t the first ‘Fresh Prince’ co-star to weigh in, either.

In the days after the Oscars Janet Huber, who played Aunt Viv in the first few seasons of ‘The Fresh Prince of Bel-Air',' reportedly posted on Instagram that she was "so proud" of Smith. The post in question has now been deleted, but in another video she later posted she appeared to continue to come to his defense.

She began by saying, "Some of ya’ll need to stop coming for people on their Instagram page and their Twitter page and whatever, talking this kind of smack you want to talk and thinking we ain’t gonna smack back. Sometimes you get smacked back."

She continued, "Some of ya’ll need to understand, sometimes you go too far, and just like Will said, we bleed, we hurt from some of the things you say and you think we’re just supposed to take it — no, we are not."

Huber and Smith had a decades-long feud ever since she departed the series after the third season. The two reconciled in 2020 during the show’s reunion special.

And in a show of support, Smith’s son Jaden tweeted, "And That's How We Do It," after the confrontation.

Many have shared their condemnation of Smith’s actions as well.

Amy Schumer, who hosted the Oscars alongside Regina Hall and Wanda Sykes, said she was "triggered and traumatized."

"I love my friend @chrisrock and believe he handled it like a pro. Stayed up there and gave an Oscar to his friend @questlove and the whole thing was so disturbing," she wrote.

"So much pain in @willsmith, anyway I'm still in shock and stunned and sad. I'm proud of myself and my cohosts [Regina Hall and Wanda Sykes]. But yeah. Waiting for this sickening feeling to go away from what we all witnessed," she continued.

Jim Carrey told Gayle King of "CBS Mornings" in an interview that he was "sickened."

"I was sickened by the standing ovation," he said. "I felt like Hollywood is just spineless en masse and it really felt like this is a really clear indication that we aren’t the cool club anymore."