At least 5 people dead and 150,000 evacuated in California wildfires

At least 5 people dead and 150,000 evacuated in California wildfires 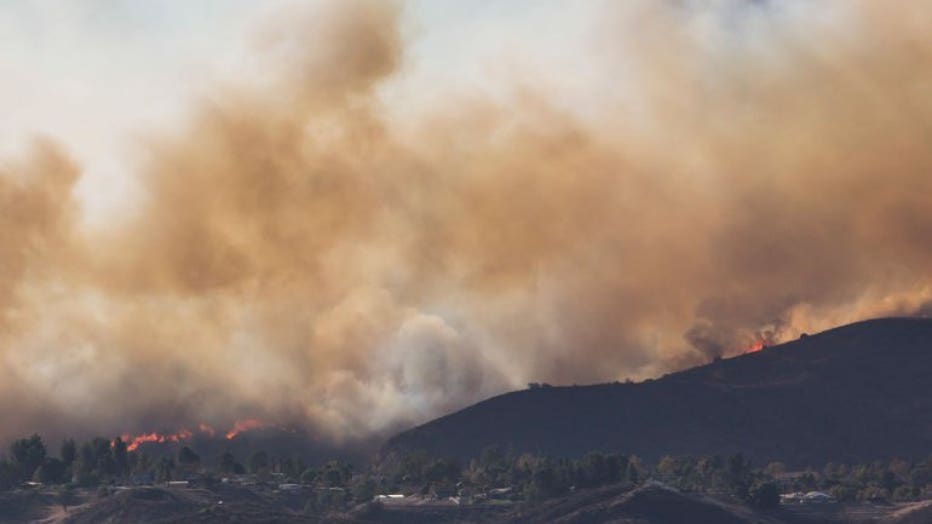 LOS ANGELES -- The Los Angeles Rams canceled practice Friday ahead of a meeting with the Seattle Seahawks after a wildfire forced about 20 players and coaches to evacuate their homes.

The Rams (8-1) will cram their normal Friday preparations into a workout at the University of Southern California on Saturday before they face the Seattle Seahawks at the Coliseum on Sunday.

Just one day after the Rams were stunned by a mass shooting less than five miles from their training complex in Thousand Oaks, they were forced to make big changes in their normal game-week routine by two wildfires burning in Ventura and Los Angeles counties.

"I don't think anybody's house has been specifically affected, but they did have to leave the areas," coach Sean McVay said. "It's still a scary thing, and extremely unfortunate that they had to go through this. ... We just felt like the most important thing was for people to be with their families."

About 45 Rams employees were evacuated from neighborhoods south of the Rams' training complex, although McVay doesn't believe any homes have been lost. Those forced to leave their homes Friday included defensive coordinator Wade Phillips and defensive line coach Bill Johnson.

Some of the evacuees moved early into the downtown hotel used by the Rams on the night before games. McVay will hold morning meetings at the hotel Saturday, followed by a practice at USC.

The Rams already installed most of their game plan for the Seahawks, McVay said. On Saturday, his team will follow a plan that they used in September during their short week of preparation for a Thursday night game against Minnesota.

"Hopefully things will get under control in the next day, and then we'll get our work done (Saturday) in a little bit of a condensed fashion," McVay said. "But our guys have always been able to adjust and adapt in a good way."

The Rams will hold a moment of silence before Sunday's game in honor of the 12 victims of the massacre at the Borderline Bar and Grill in Thousand Oaks on Wednesday night.

"If anything, the last couple of days give you that perspective that we talked about (Thursday)," McVay said. "Most importantly is having our players and our organizational people be able to be the leaders of their family as they go through a little bit of adversity. ... I'm fortunate where I didn't have to leave my house, but a lot of guys did."