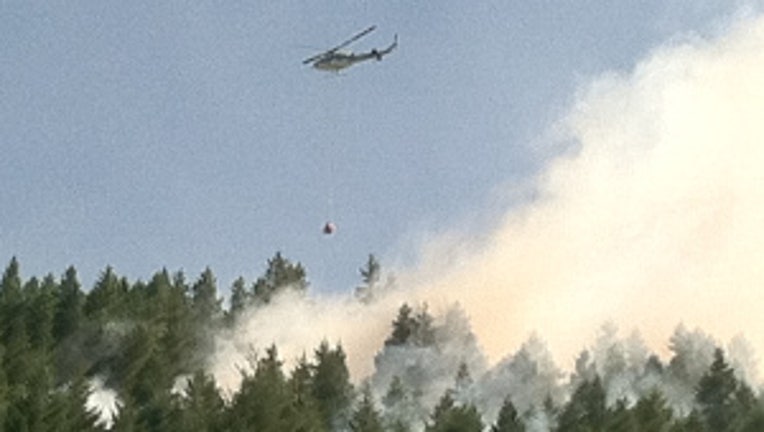 NORTH BEND - A wildfire burning near North Bend has grown to about 10 acres and has forced the closure of the Mount Si hiking trail system.  Eastside Fire and Rescue Chief Bud Backer said that the fire, which was reported on Friday afternoon, is now burning to the west.  Eastside Fire and Rescue firefighters, along with a Department of Natural Resources helicopter, have been fighting the fire since Friday afternoon.  There have been no evacuations of residents that live in the area, and no structures have been threatened, Backer said.

Doreen Smith with the Washington State DNR said that there are about 40 firefighters battling the fire.  The fire is burning on steep terrain and the cause of the fire is under investigation.  The wildfire has forced the closure of the Mount Si trail system, Smith said.  So far, there have been no injuries reported.