The Road 11 wildfire burned through 10,000 acres as of Sunday night, damaging one home and destroying several outhouses.

DOUGLAS COUNTY, Wash. - A raging wildfire has called on dozens of firefighters from the east and west sides of the state.

The Road 11 wildfire burned through 10,000 acres as of Sunday night, damaging one home and destroying several outhouses.

On Sunday, Ben Shearer of the Incident Management Team said high winds were a concern. Shearer said while the wind helped keep the flames down, the conditions are difficult to work in and firefighters needed to keep close watch to make sure the wind didn’t send sparks flying.

“We have a lot of fire trucks, hand crews working around out there, so we’d encourage people not to go out there. Leave the roads open for those fire crews to work in and be safe in, and let us do our jobs safely,” said Shearer.

The Road 11 Fire started Saturday afternoon just west of the town of Mansfield. The town was under a Level Two evacuation, which means residents needed to be prepared to evacuate in a moment’s notice.

Don Murison said his son lost a couple hundred acres of wheat in the wildfire. 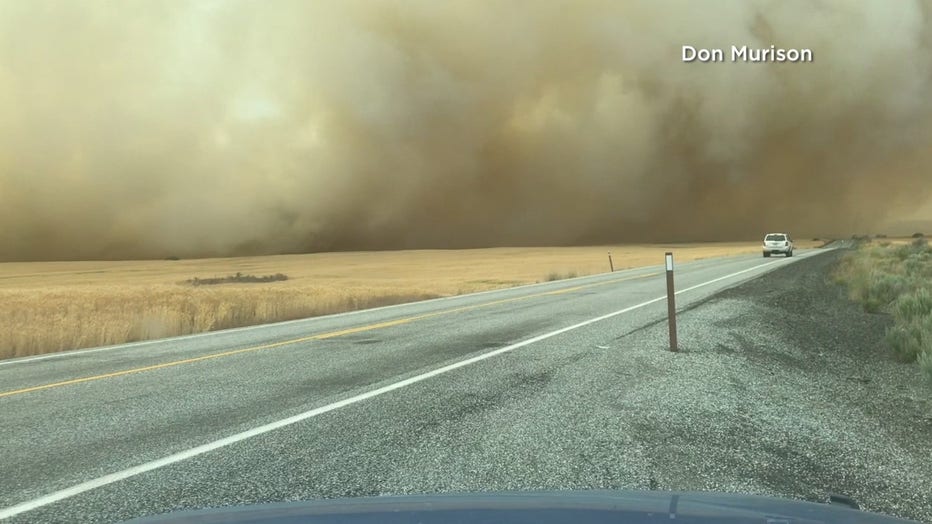 He shared cell phone video of the plumes of dark smoke covering the sky and the flames shooting from a distance.

If it wasn’t for the local farmers, Murison said the damage would’ve been much worse. He said several of them used their tractors and plows to create fire guards with wheat and grass.

“There were some homes in the path and some, one of them out there that’s kind of in this video, it burnt right around it and it shows it burnt through a set of my son’s and my drills,” said Murison.

A local from Mansfield told Q13 News, it was a relief when firefighters got the fire more contained.

Firefighters will continue to attack hot spots when they can, and depending on the fire’s behavior fire crews could leave the area by Tuesday or Wednesday.