LEAVENWORTH, Wash. -- Mandatory evacuations were ordered for residents in about 168 homes and cabins some 3 miles north of Leavenworth due to a 40-acre wildfire Tuesday, authorities said. State fire assistance mobilized.

No injuries were reported in what officials are calling the Stromberg Fire.

Chelen County Fire District 3 spokeswoman Annie Schmidt said the fire about 3 miles north of Leavenworth had spread to about 40 acres due to winds estimated at 25 mph.

"The Spromberg Fire is estimated at 40 acres and growing," the Fire Marshal's Office said. "The fire is threatening homes, timber and electrical infrastructure."

The fire was burning by the old mill on both sides Spromberg Canyon Road and Chumstick Highway (State Route 209), Schmidt and the county Emergency Management said.

"The fire started on May 23, 2017 at approximately 1:00 pm, and the cause is currently under investigation," the Fire Marshal's Office said.

Chumstick Highway was closed at Eagle Creek Road on the south end and at Spanish Canyon Road on the north end.

About 200 workers and three helicopters are fighting the wildfire, Schmidt said.

The state Department of Natural Resources said it is assisting with three helicopters, five engines and two crews on the scene. 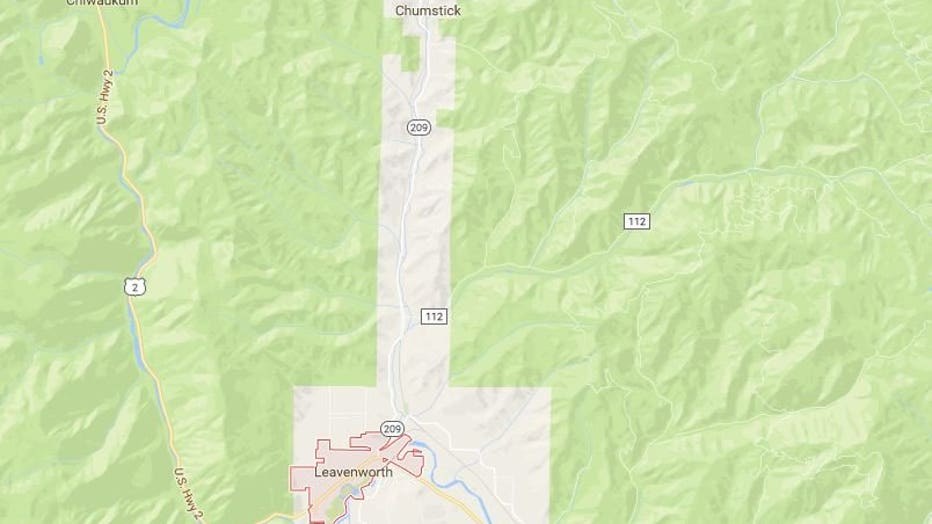