WARNING: This video may be disturbing to some audiences.

LONGVIEW, Wash. - Police released new body camera video showing a violent arrest, where a suspect rammed a police cruiser and tried running away before being subdued with a Taser gun.

On Tuesday, officers with the Longview Police Department (LPD) contacted 25-year-old Xavier Felder-Thomas after discovering he was wanted out of Georgia for several violent crimes, including armed robbery, kidnappings and other weapon offenses.

Authorities say the moment officers learned the suspect was considered armed and dangerous, he started his car and tried driving away. 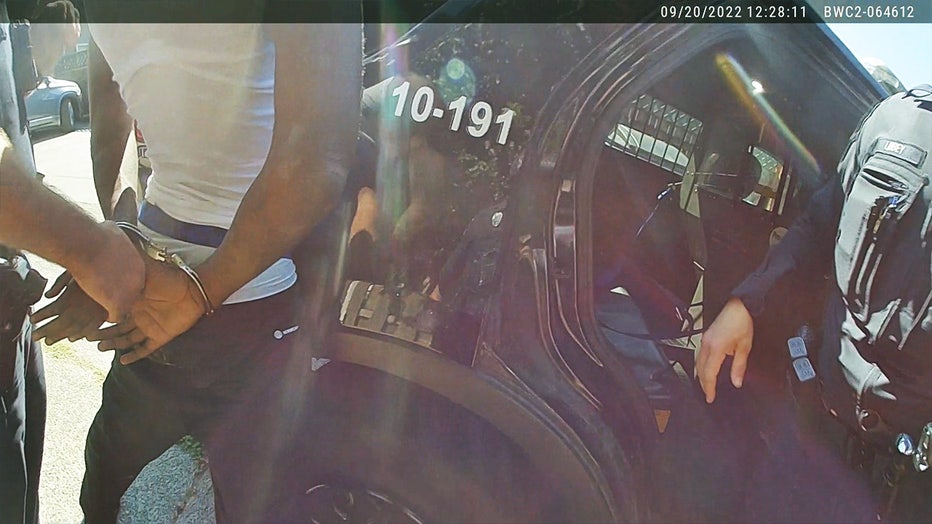 In the newly released body camera video, Felder-Thomas can be seen ramming a police cruiser head-on. The officer behind the wheel then pushed the suspect’s vehicle into a nearby fence, disabling it. When the suspect got out of the car to run away, another officer managed to stop him using a Taser gun.

After searching Felder-Thomas’s car, authorities say they found a loaded Glock 9mm handgun on the driver’s floorboard. The weapon had an extended clip with 23 rounds of hollow-point bullets, which are designed to expand on impact – causing a more lethal blow to a potential victim. 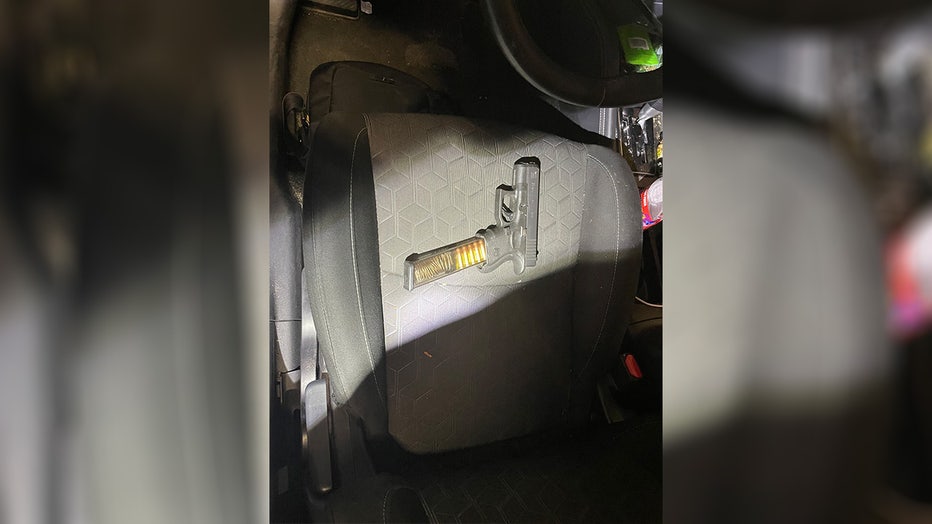 The LPD says they also found ledgers, blank check printing paper and other evidence indicating the suspect was involved in an extensive fraud and identity theft scheme. That evidence has been turned over to the LPD’s major crimes detectives for further investigation.

In addition to his outstanding warrants from Georgia, Felder-Thomas has been booked on numerous new felony charges.

Further information is limited at this time, check back for updates.