SEATTLE -- Storms and high winds downed trees and power lines throughout the region Monday, leaving thousands of people without electricity for hours and injuring a Silverdale woman who was pinned to her bed by a tree that crashed through her duplex unit. 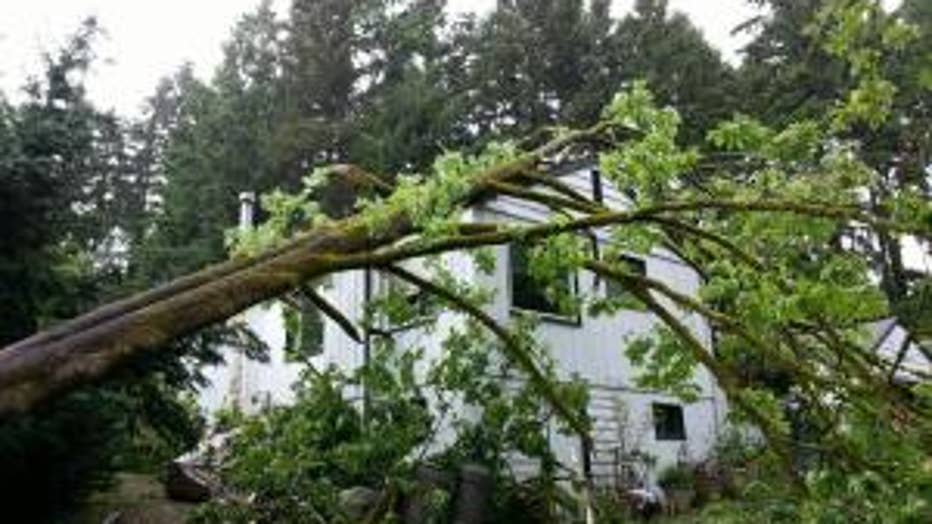 A tree felled by the winds Monday slammed into the roof of this house in Edgewood. (Photo: East Pierce Fire)

At Green River Community College, a large tree toppled and knocked power lines onto about five parked cars, including one with a woman in it.  She remained trapped in her car until the live power lines could be removed. She was not injured.

But that was not the case in Silverdale, where a woman was found pinned in her bed by a tree that crashed through the roof of her duplex.

Fire and Rescue said the woman had fallen asleep on

the bed when the tree came crashing down on her and that she was luckly to have had her cell phone nearby. She called 911 to 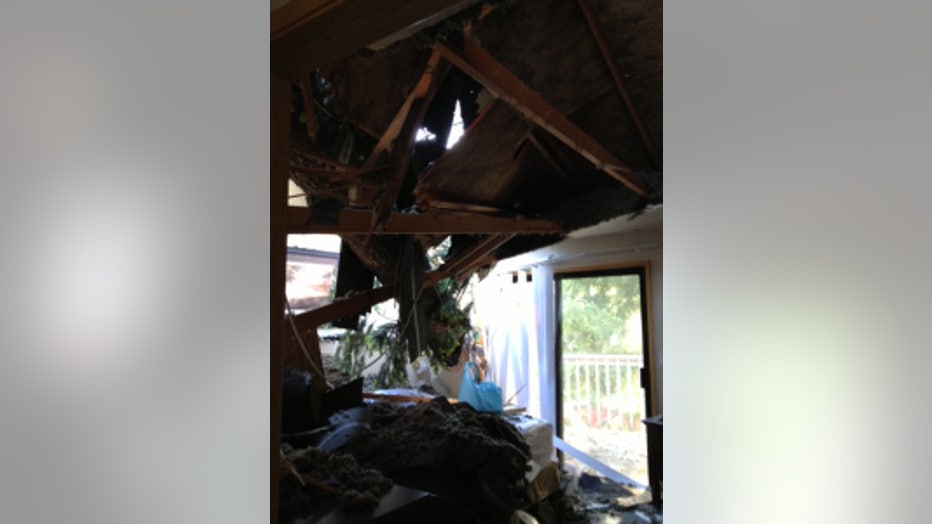 This is a photo of the Silverdale duplex where a woman was pinned to her bed by the fallen tree and roof materials. (Photo: Central Kitsap Fire and Rescue)

report she was trapped.

Rescuers were able to remove her and she was taken to Harrison Bremerton with leg injuries and other moderate injuries, authorities said.

Late Monday afternoon, Puget Sound Energy said, "Right now, we know of about 22,338 customers in 288 locations. Most are in King, Pierce and Thurston counties."

In addition, the Mason County Pud 3 said, "A total of nearly 5,400 Mason County PUD 3 customers are affected by two outages that have affected electrical service west of Shelton and in the Tiger/Mission Lakes area north of Belfair."

Most had their power restored hours later.

A big three fell onto a home in Edgewood. There were no injuries.

A small brush fire was started on SE Flaming Geyser Road from live power lines downed by the storms. 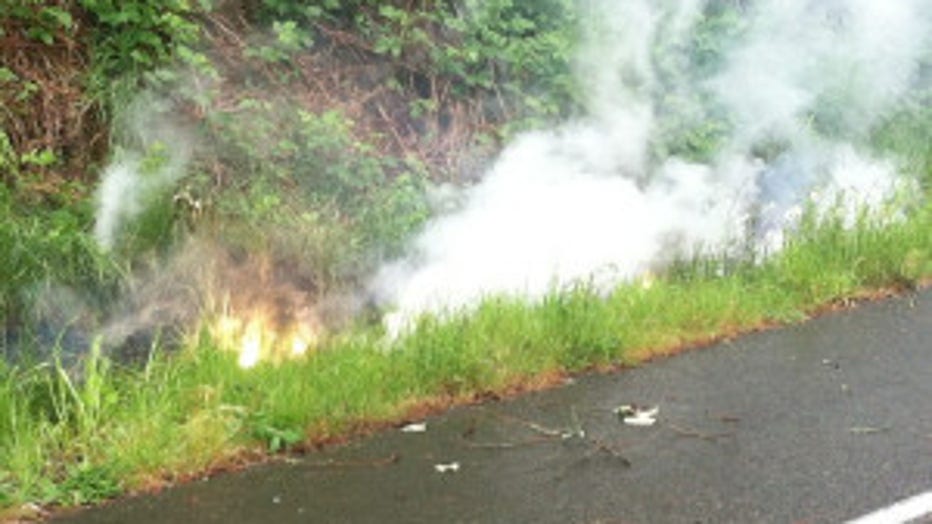 The Poulsbo Fire Department urged residents to "never touch a downed or dangling wire or anyone or anything in contact with it. Always assume a downed line is still energized. Report any downed power lines immediately by calling 1-800-DIAL-DWP. If you or som 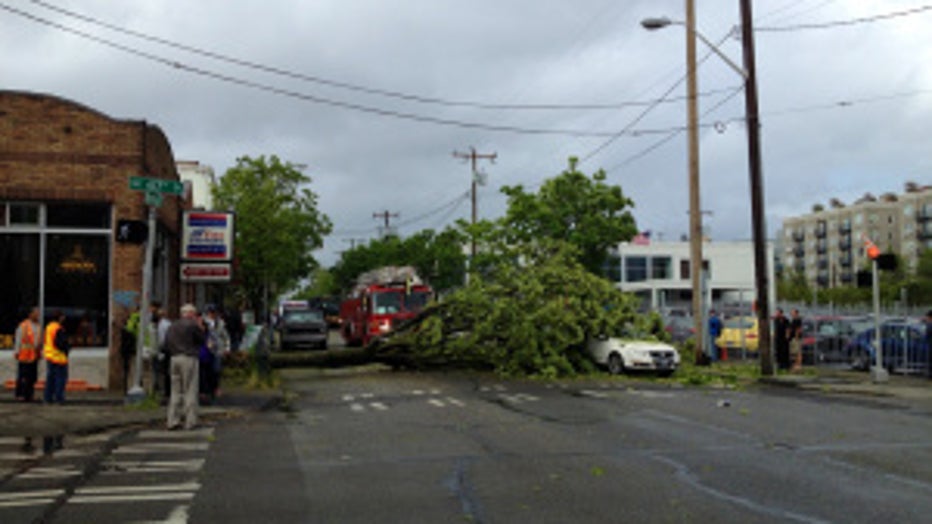 This tree fell on two cars on the corner of Roosevelt and 47th around 4:30 p.m. Monday (Photo: Mack Aylesworth) 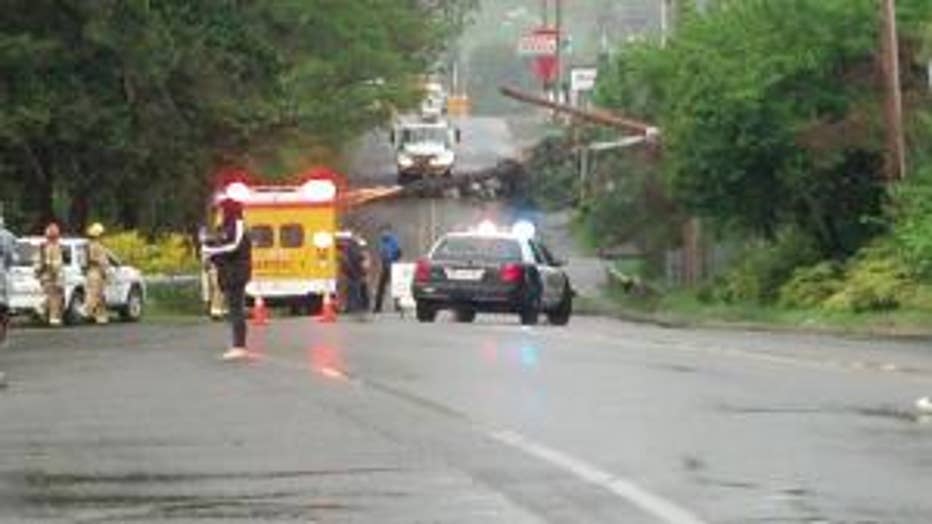 This downed tree was at Auto Center Way and 1st Street in Bremerton.