“He was just fun.  He laughed a lot and we both loved dancing together.  He was honest and worked hard and played hard, too,” said Marlene. 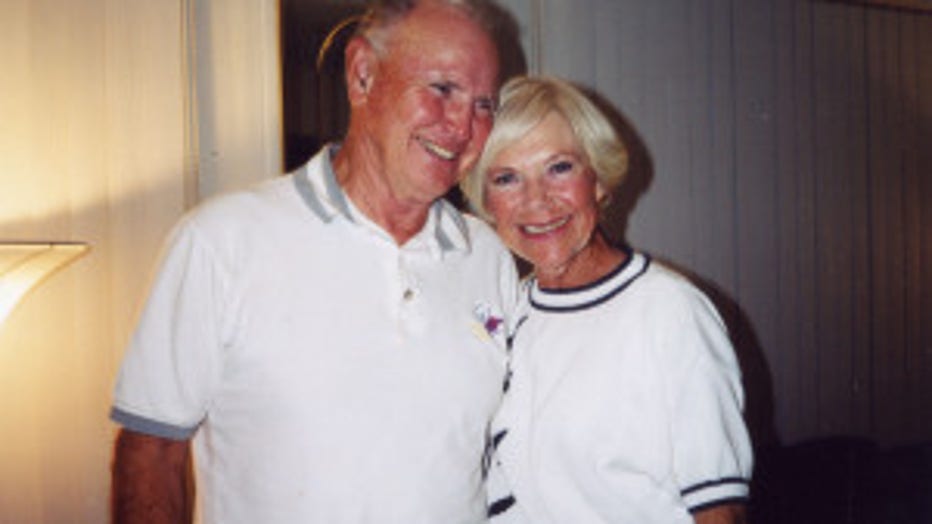 The couple was married for 54 years and they raised three children together.  As time passed, Larry's health began to deteriorate.  When he was in his early 70s, he developed what's called frontal temporal dementia, a condition that made it harder to talk, eat, and balance.

“I started looking for some place where I could have them take care of him so he wouldn’t fall and they would give him good care, help with his eating,” said Marlene.

Marlene looked at several adult family homes near Olympia, and decided on Lakeside Gardens.  She said it was clean, had an indoor pool, and staff there promised to take good care of Larry.  His health care assessment signed by the provider showed he needed “supervision at all times,” especially when moving in and out of chairs and bed.  But soon after arriving at Lakeside Gardens, Marlene noticed her husband kept falling and hurting himself.

“We picked him up and I’d see blood on his leg and the skin was all scraped and they hadn’t even treated it,” said Marlene.

On Oct. 4, 2009 Marlene got a phone call from Lakeside Gardens telling her that Larry fell out of a chair and hit his head.  Once she arrived at the home, she was shocked at what she saw.

An investigation showed at least three hours passed from the time Larry fell until he arrived at the hospital.  Doctors said Larry's brain was swelling but he was too frail for surgery, and he died just a few hours later with his wife and three children by his bedside.

“I was holding his hand and rubbing his arm and telling him I loved him.  We held hands and held on to Larry and said the Lord’s Prayer,” said Marlene.

After Larry’s death, Marlene started digging and with the help of her attorney, learned Lakeside Gardens had a laundry list of violations dating back years.

“We’re not talking about little complaints here,” said attorney David P. Moody.  “We’re talking about garbage bags full of psychotropic drugs, medications in a closet that they were giving to patients who were ‘too annoying.'  They were hiring criminals.  One employee was drug trafficking, one employee had been cited for child abuse but here we have that same employee caring for vulnerable citizens in the form of our elderly.”

From 2004 to 2006, the Department of Social and Health Services cited Lakeside Gardens for 35 separate health and safety violations -- everything from illegally drugging residents, to not reporting alleged sexual abuse of seniors in their care.

In May 2006, DSHS revoked the home's license saying, “There has been a revolving door of unqualified caregivers who were allowed to work unsupervised without background clearances or basic training.”

“This was probably the worst and most dangerous adult family home in the state," Moody said. "DSHS knew it, DSHS investigators had told the top brass to shut this place down and, for whatever reason, DSHS chose not to do it.”

In late 2006, DSHS reversed its decision after a change in ownership, saying they received numerous letters supporting the new owner from other residents' family members.

After Larry's death, DSHS revoked the owner's license.  She now lives in Texas and could not be reached for comment.

DSHS sent a statement on Larry’s case, saying, “On the day of Mr. Nicholson’s fall, it appears that the caregivers in the home did not contact emergency personnel or transport him to the hospital in a timely manner.  DSHS imposed a ‘stop placement’ of residents there and revoked her adult family home license.”

Marlene Nicholson sued DSHS, but they settled with her out of court for $430,000.

There were changes that happened after this case, including tripling the amount of hours required for caregiver training, and increasing the amount the state can fine homes that don't come into compliance.

If you are researching an adult family home or assisted living facility for your loved one in the state of Washington, you can click here for an inspection history.  If you are looking for a nursing home, you can click here.  As well, there is a national certification agency called Certified Senior Advisors, or CSA.  You can do a search by city or zip code.  There are also private companies like Fedelta Care Solutions that offer families a free referral service.  Trained advisors visit and screen senior communities and adult family homes to meet the owners and observe the living conditions as well as take a look at their violation history.