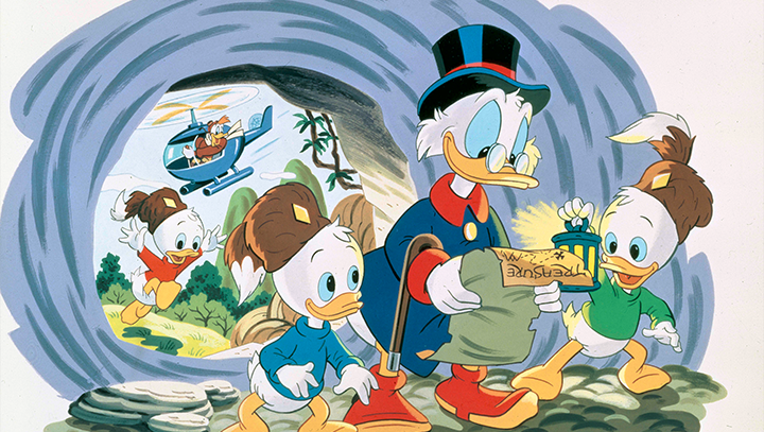 DUCKBURG -- The much beloved 80s and 90s afternoon cartoon series Ducktales is getting a reboot for a whole new generation.

Disney announced a new animated comedy series based on the original cartoon had been ordered for launch in 2017 on Disney XD channels around the world.

The news, once announced, instantly started trending on Facebook.

On a personal note, this is the cartoon series that made me long to swim through a bin of gold coins.

In fact, one Christmas I piled up all my gifts and literally jumped off the fireplace hearth right into them.

It was not that fun.