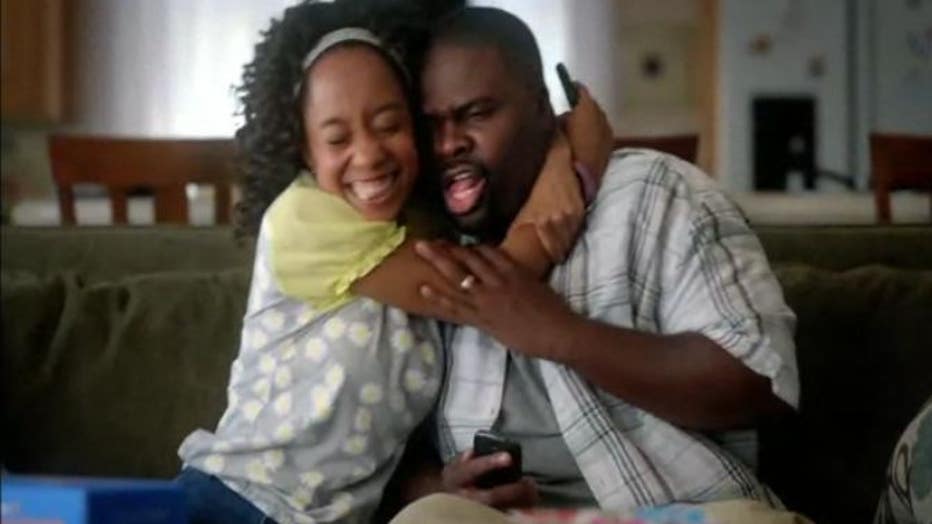 (CNN) -- Walmart is editing a commercial after viewers complained its use of the line "I can't breathe" brings to mind the case of Eric Garner, who died at the hands of a police officer after yelling those words.

The ad features an African-American father and daughter sitting on a couch, discussing the perks of a Walmart family mobile plan.

Unbeknownst to the daughter, the father made a stop at the retail chain earlier and bought her a cell phone. When he hands it to her, she screams and throws her hands around his neck in a tight hug.

Those three words have become a rallying cry for protesters nationwide following the July 17 death of Garner in a videotaped incident in New York City.

In the footage, a white officer from the New York Police Department puts him in a chokehold that sends him tumbling to the ground. Garner, who is black, says "I can't breathe" a few times during the incident. He dies shortly after.

A grand jury said Wednesday it will not indict the officer, Daniel Pantaleo, sending outraged protesters rallying against the decision.

Walmart said Thursday that it has received some criticism over the ad, and it will revise it as a result.

"We're re-editing as we speak based on feedback we've received," the retailer posted on Twitter. "We can see how the ad could be viewed differently today than when it first aired."

Danielle Ramos, who lives in New York City, was one of the people who tweeted Walmart about the ad.

"Walmart, did you really just air a commercial in NY where a little black girl has her arm around her dad's neck and he says #icantbreathe?" she asked.

Ramos said she's glad the retailer is rethinking the ad.

"The decision to edit it given the current climate is appreciated," Ramos said. "I don't think it was a huge company intentionally being insensitive. I just think maybe they weren't aware just how deeply affected this nation is by all this."

But Eric Lewis said there's nothing wrong with the ad.

"It's a cute and happy commercial .... Lord people," the Richmond, Virginia, resident tweeted.

Walmart said the ad has been on air since earlier this year, but it did not give a specific date.