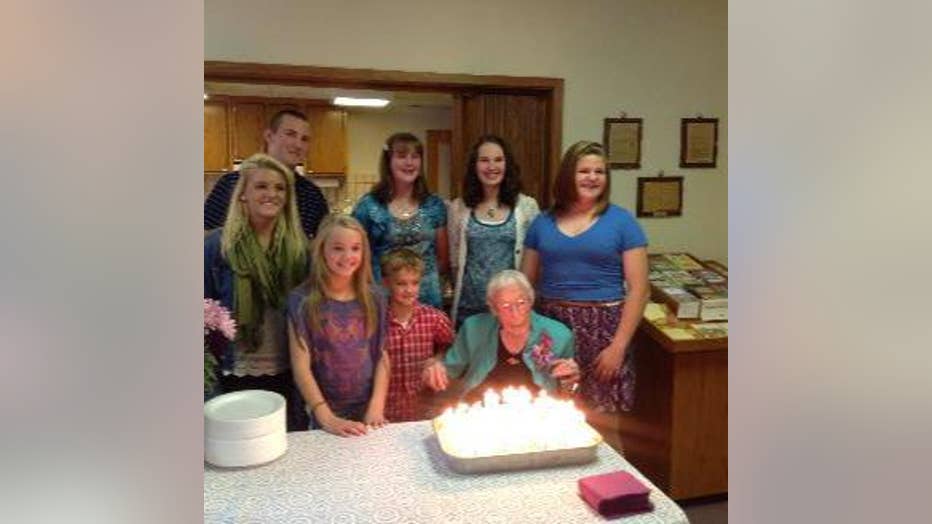 (CNN) -- It's no surprise that some folks fudge their ages to get on Facebook. Anna Stoehr did. But she's no preteen trying to sign up before the network's minimum age of 13.

She cleared that mark more than a century ago.

Now 113 and reportedly Minnesota's oldest resident, Stoehr is a lifelong fan of learning new things. With the help of a friend, she went to sign up for Facebook this month.

According to CNN affiliate KARE-TV in Minneapolis-St. Paul, when she found the earliest birth year Facebook's sign-up page provides is 1905, she claimed to be a spry 99 years old.

"You betcha," she told the station.

Stoehr, who lives in a retirement community and was born before her family had a telephone, car or electricity, has gotten more plugged in since striking up a friendship with a Verizon salesman.

Joseph Ramireza was selling an iPhone to Stoehr's 85-year-old son, who started talking about his mother. Ramireza said he had to meet her.

"She's become something of a kindred spirit," Ramireza told KARE.

He's helped her use FaceTime to video chat with friends on an iPad and has been teaching her to use email and Google search.

When Facebook didn't have her birth year as an option, Ramireza helped Stoehr write a letter to CEO Mark Zuckerberg -- on a typewriter.

"I'm still here," she said in the letter.

While Facebook might not provide turn-of-the-20th century age options, the network has publicly celebrated its oldest users in the past.

In 2012, then-101-year-old Florence Detlor got a tour of Facebook's headquarters and a meeting with Zuckerberg and Chief Operating Officer Sheryl Sandberg. She was believed to be the oldest Facebook user at the time, though an older user was later identified.

According to her Facebook page, Stoehr now has 31 friends on the site and has activated Facebook Mobile.

She turns 114 on Wednesday, October 15, and celebrated with a party at her retirement community on Sunday.