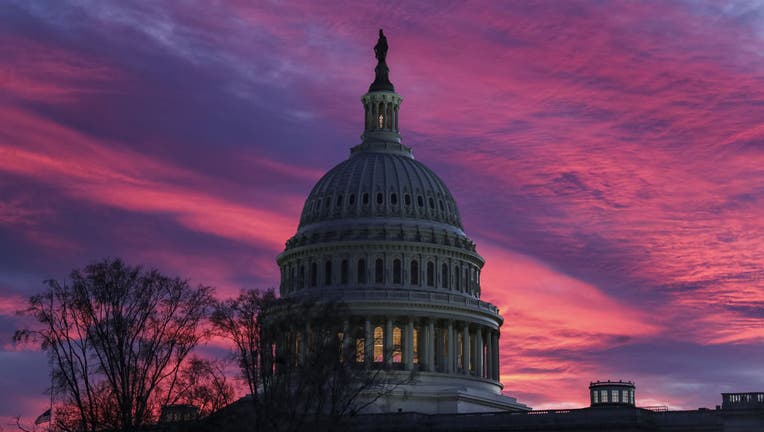 A view of sunset in the evening hours in the United States Capitol, Washington D.C., on December 02, 2022. (Photo by Celal Gunes/Anadolu Agency via Getty Images)

It seems so simple from school astronomy: The first day of winter is the shortest day of the year, and the first day of summer is the longest. And while that is true in the strict amount of daylight observed, it doesn't always seem to follow logic.

For example, much of the U.S. will see its earliest sunsets this week – two weeks or more before the winter solstice. The earliest sunset of the year in Key West, Florida, is around Thanksgiving. And in early December, the sun sets more than 30 minutes earlier in Caribou, Maine, than in Seattle, despite Caribou being farther south where winter days are supposed to be slightly longer.

It's all because we as humans prefer to work with nice, round numbers, while the planetary alignments that bring us our seasons do not.

WHEN DOES WINTER REALLY START? IT DEPENDS ON WHO YOU ASK

Let's start with the Key West puzzle, which is just a sliver of an example of what might be unexpected about sunrises and sunsets across the nation. For most of America, the earliest sunrises of the year occur before the June summer solstice, while the latest sunsets don’t happen until after the solstice.

Near the winter solstice, this difference is even more noticeable. Depending on where you are in the country, the earliest sunsets might occur closer to Thanksgiving than Christmas.

WHAT ARE THE ODDS OF A WHITE CHRISTMAS?

However, the latest winter sunrises (without factoring in Daylight Saving Time) won't happen until after the new year.

The primary reason the earliest and latest sunrises and sunsets don’t coincide with the solstices is best explained by the equation of time.

For starters, the Earth is not perfectly round, and neither is its orbit around the sun. The Earth is closer to the sun in January (perihelion) than in July (aphelion) due to its elliptically shaped orbit. This, combined with the Earth slightly changing the speed at which it revolves around the sun at different points throughout the year, is the simplest explanation for why the solstices generally don’t have the earliest and latest sunrises and sunsets.

From there, the explanation gets quite complex. If you want to dive into the astronomical details, check out this well-written explanation by Harvard-graduate Dr. Larry Denenberg.

But these minor variances in Earth's orbit result in the displacement of the earliest sunrises and latest sunsets in the weeks surrounding June’s summer solstice. So while mornings might be getting noticeably shorter by the Fourth of July, the evening light continues to hang on later than it does all year.

Conversely, you’re probably already enjoying longer evenings on Christmas Day and New Year’s Eve than earlier in December. Still, it might take until early to mid-January to start slowly gaining morning daylight. The earliest sunset occurs more than a month before the latest winter sunrise in parts of the southern U.S.

(For a more complex and detailed description, we encourage you to read Denenberg’s explanation for yourself or research the equation of time.)

Humans have a hand in this as well

So that explains why the peak sunrise and sunset times are offset from the solstices, but how does Seattle, which sees a sunset around 4:17 p.m. in early December, get its last crack of dusk some 34 minutes after Caribou, where the sun is down by 3:43 p.m. despite being farther south on the map where winter days are longer?

Blame the way we set up time zones and how it leaves some towns misaligned with the sun. There are 24 hours in a day and 360 degrees of longitude around our spherical planet, so each time zone is set at roughly 15-degree longitude intervals as you circle the globe.

But "roughly" is the key to this mystery.

To have our clocks best match the solar positions, you'd want to be as close to those 15-degree longitude lines as possible. For the Eastern time zone, cities that are right along 75 degrees west longitude are best aligned to have the sun be at "solar noon" – as in its highest point of the day – around the same time our clocks actually say noon. As you move away from that longitude but keep the same time zone, you'll become offset from solar noon.

Caribou is quite offset, sitting at 68 degrees west – just a few miles from Canadian towns in the Atlantic time zone that would be an hour ahead. So those living just a short drive away to the east in New Brunswick, Canada, don't see the sun dip below the horizon until around 4:43 p.m. If we wanted Caribou's clocks to be more accurate to the sun's position, they should be in a time zone that is about 30 minutes ahead of Eastern Standard Time. Then, dusk would set in at 4:13 p.m.

DAYLIGHT SAVING TIME CAN MESS WITH YOUR HEALTH; HERE'S HOW TO PREPARE

Meanwhile, Seattle is at 122 degrees west, nearly centered in the Pacific time zone. Clocks there are just about on perfect time for the solar position – solar noon in December is just 7 minutes off from matching actual noon. Seattle's sunset in early December: 4:17 p.m., only 4 minutes later than Caribou's would be if its time zone was offset by 30 minutes to more closely align it with the sun.

So are Seattle's days longer, then?

No. East and west timekeeping quirks aside, being farther north in the Northern Hemisphere while approaching the winter solstice means your days are indeed shorter than those to your south. Caribou makes up the difference in the morning. Sunrise on the winter solstice – coming up on Dec. 21 – in Caribou is at 7:14 a.m., but it’s not until 40 minutes later in Seattle at 7:54 a.m.

That means despite the earlier sunset, Caribou does have about 6 minutes more daylight than Seattle in December, and all is right with the sunlit planetary world.

(For more maps and charts that show the differences between sunrise and sunset times across the continent, check out Dr. Brian Brettschneider's blog.)