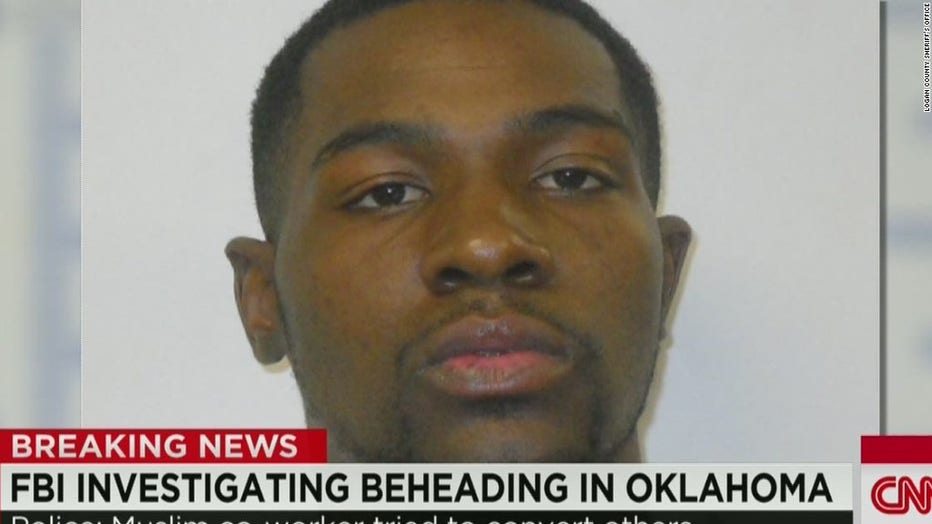 (CNN) -- He calls himself Jah'Keem Yisrael on Facebook. But he grew up as Alton Nolen, a good kid raised in a loving home, said a woman who identified herself as the mother of the Oklahoma beheading suspect in an online posting.

Nolen, 30, is expected to be formally charged Monday in last week's fatal attack at the Moore, Oklahoma, food processing plant from which he'd just been fired.

Police accuse him of beheading one woman and attacking another before being shot by the company CEO, also a reserve deputy.

But that image was at odds with the one offered by those who said they were his sister, mother and friends -- none of whom said violence was part of his personality.

The video was posted to the Facebook page of a woman named Megan Nolen, who said she was Alton Nolen's sister.

"Alton, my brother, he's always been a great person, a loving person," Megan Nolen said in the post. "He's always been a people's person, he's never been a violent person, so for something like this to have happened, we're all still in shock right now."

The brutal attack also seemed out of character to Karla Dunn, who was friends with Nolen's younger siblings, according to CNN affiliate KOCO-TV in Oklahoma City.

"He was really just a normal person," Dunn told the station. "He was polite. If you asked him to do something, he did it. It was like no red flags actually that I could ever think of."

At some point, that no-red-flags life seems to have taken a turn. In 2006, CNN affiliate KOKI-TV in Tulsa reported, Nolen was arrested after a police officer saw him throw bags of crack cocaine and marijuana out a car window as he was being pulled over for traffic violations.

Out on probation in 2010, he was stopped for an expired tag when a trooper learned he had outstanding arrest warrants, KOKI reported. He struggled with the trooper, then escaped only to be arrested 12 hours later, the station reported.

In 2011, he was convicted on drug, resisting arrest and escape charges and sent to prison.

In online prison records related to that incident, authorities note that in addition to a "Jesus Christ" tattoo on his chest and praying hands on his right arm, he had the Arabic words for "peace be upon you" tattooed on his abdomen.

The Facebook page where Nolen posted under the name Yisrael -- confirmed by police to be his -- features a cover photo of fighters holding a machine gun and a rocket propelled grenade launcher.

It also features numerous messages related to Islam but offers no hint he was planning an attack or that it had anything to do with his religion. Oklahoma Gov. Mary Fallin has cautioned against jumping to conclusions about the motive for the attack.

While it's unclear when Nolen converted, his Facebook page abruptly changes from posts featuring song lyrics, talk about football and other topics to posts almost exclusively related to Islam in April 2013 -- shortly after he was released from prison.

Leaders at the mosque he sometimes attended said he was quiet, not outgoing, and that there was no sign of violent tendencies in his personality, according to KOCO and The Oklahoman newspaper.

"The only time I ever said anything to him was one time," Saad Mohammed, spokesman for the Islamic Society of Greater Oklahoma City, told KOCO. "He was in the mosque and he had his Quran and prayer rug on the floor. And I said, 'Hey, pick it up because I don't want the Quran on the floor.' And he picked it up and he sat down. That's it."