Americans have a "hole" lotta love for the donut.

Credit Maine mariner Captain Hanson Crockett Gregory for that. The then-future high-seas hero, in a moment of deliciously divine inspiration as a teenage galley boy, turned a poorly cooked blob of sailors’ sustenance into the iconic, ring-shaped and deep-fried delicacy we know and love today.

His innovation changed the way people in the U.S., and now much of the world, eat breakfast.

Captain Gregory "was bold and brave and bright," enthused Texas author Pat Miller, who first heard of the culinary innovator amid a boat tour of Boston Harbor.

MEET THE AMERICAN WHO HONORS THE MEMORY OF 200,000 FALLEN WAR HEROES

U.S. consumers eat more than 10 billion donuts per year, according to the Simmons National Consumer Survey — while an incredible 96% of Americans say they enjoy donuts. 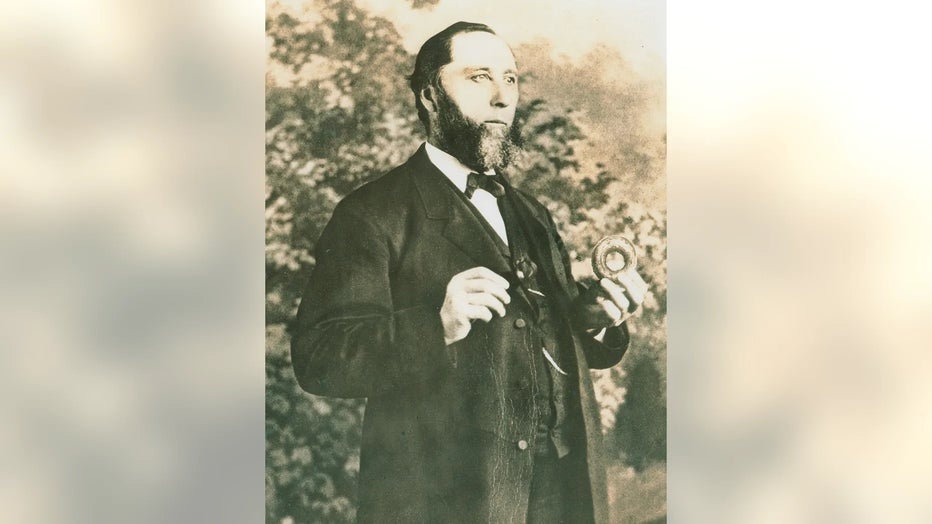 But Gregory’s long-lasting contribution to American culinary culture has gone largely unrecognized, save for the epithet upon his humble gravestone in a small, isolated sailors’ cemetery in Quincy, Mass., overlooking Boston Harbor, where he lived out his final years.

It reads simply: "Capt. Hanson Gregory. Recognized by the National Bakers Ass’n as the inventor of the doughnut."

Donut lovers celebrate National Donut Day on the first Friday of June — June 3, 2022, this year — in honor of the Salvation Army members who fed the deep-fried rings of fried dough to American soldiers in Europe during World War I.

The culinary world should celebrate another milestone later this month as well. The donut turns 175 years old on June 22. 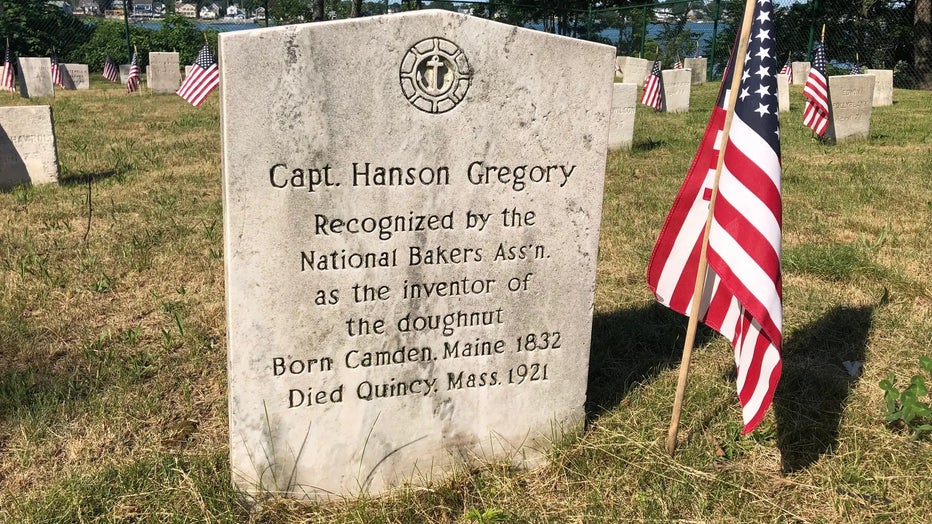 That was the day, in 1847, that teenage sailor Gregory thought of an innovative solution to a problem plaguing the hungry crew of the sailing ship Ivanhoe.

Dough that was deep-fried in cauldrons of lard had been served to sailors on the seas for centuries. Dutch cooks made a notable version called oily cakes.

Washington Irving grew to become America's first celebrity writer chronicling the life of Dutch settlers in the Hudson River Valley. He's believed to be the first to use the phrase "dough-nuts" to describe the Dutch treat in his 1809 treatise, "A History of New York."

They were not the donuts as we know today.

It was "just a big blob of dough," Miller told Fox News Digital. "The center would remain greasy and partially cooked."

They were so dense, doughy and uncooked that "sailors called them sinkers," she said.

Gregory, just 15 at the time, was struck by an idea to lighten the sinker. He took the lid off a water-tight tin can that was used to store pepper in the ship galley.

"He used it like a cookie cutter. He cut out the center of the oily cakes," she said, while displaying a 19th-century tin spice can, with its sharp-edged lid.

"Then, when [the cakes] were fried, they were completely fried through. The idea caught on. It spread around the world because sailors told sailors."

She wrote in her book, "Ships' cooks now served holey cakes" instead of oily cakes.

Hanson’s mom introduced the innovation to landlubbers, selling them at a friend’s general store in their native midcoast Maine, Miller said.

"Well, sir, those donuts were the finest ever tasted," an elderly Captain Gregory told The Patriot Ledger of Quincy, Mass., in a 1916 interview, as in his golden years he gained recognition for his invention of years earlier. 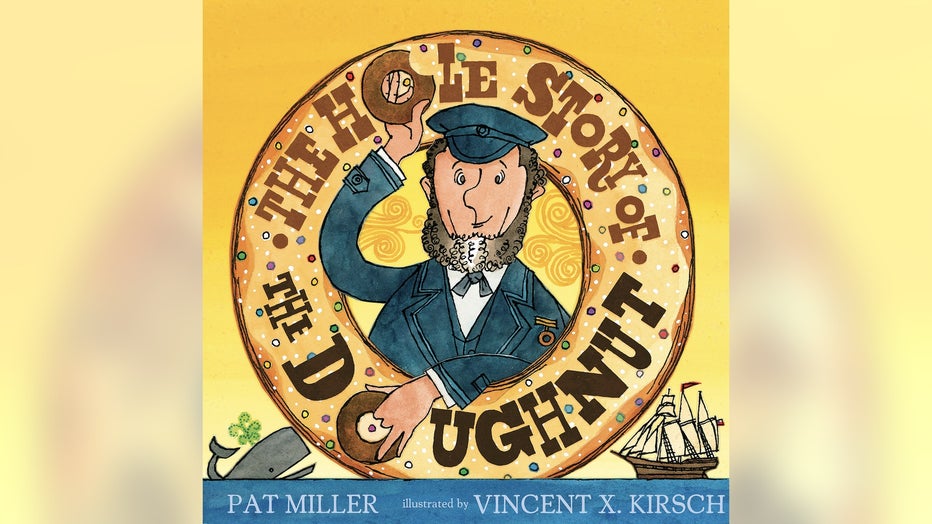 He proclaimed they were "the first holes ever seen by mortal eyes!"

The influence of the donut on American culture had only just begun.

Boston-area entrepreneur William Rosenberg opened the first Dunkin’ Donuts in 1950 in Quincy — less than a mile as the crow flies from the sailors’ cemetery where Captain Gregory has laid at rest since 1921.

The proximity of the original donut maker's burial place, and the birth of the nation's largest and most famous donut chain, appears to be nothing more than a quirky coincidence. 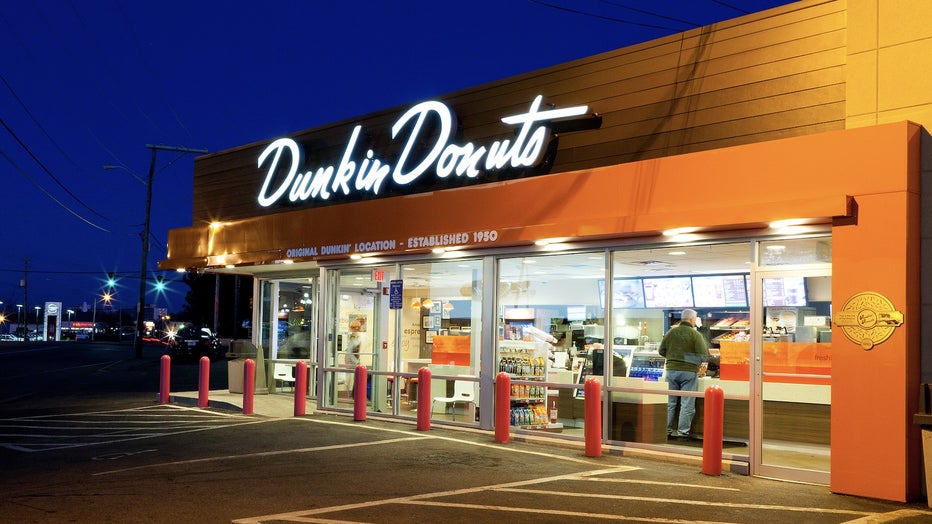 The first Dunkin' Donuts, founded in Quincy, Mass., in 1950, remains a roadside attraction today that draws visitors from as far away as Saudi Arabia, said franchisee Victor Carvalho. (Dunkin')

The Carvalho family now owns the original Dunkin’ location — still in the same spot as it was in 1950, open 24 hours a day, seven days a week.

It's something of a tourist attraction, drawing donut lovers from as far away as Saudi Arabia, franchisee Victor Carvalho told Fox News Digital.

"We feel a sense of pride and responsibility," he said, charged as they are with the ownership of an American culinary landmark. Yet even the Carvalho family, he said, only recently became aware that Gregory was buried a short distance away, across a narrow finger of Boston Harbor called Town River.

Scott Logan is charged with the care of Gregory's grave as the head of the City of Quincy's cemeteries department. 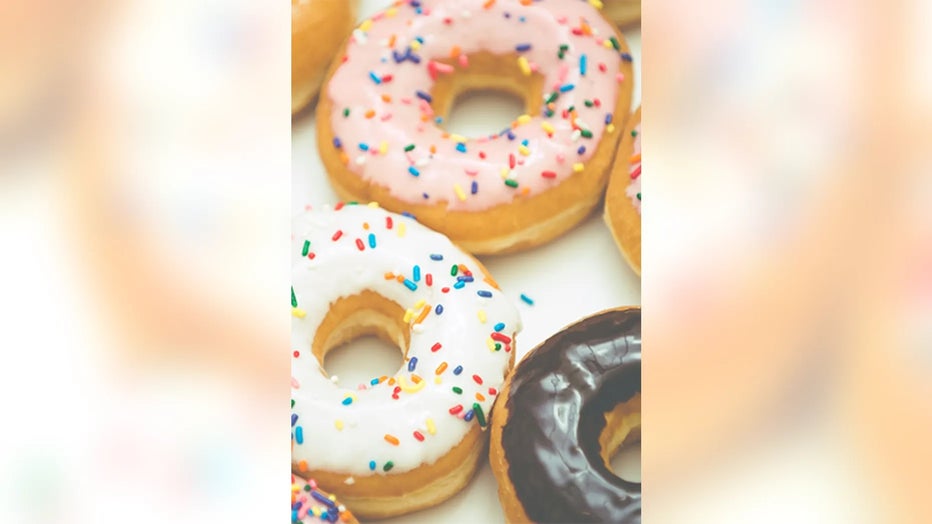 He grew up playing football, baseball and softball behind Snug Harbor School, just feet from the donut maker's burial place. Yet he only became aware of the donut pioneer in his role as cemetery caretaker.

"Everyone in Quincy knows about Dunkin' Donuts," Logan said. "Nobody knows the guy who invented the donut is buried right here. Nobody ever asks about him."

The Rosenberg family who founded Dunkin' apparently recognized Gregory's influence in later years. They reportedly paid to have the captain’s current gravestone erected in 1982, with a ceremony featuring local schoolchildren, after his original burial marker went missing. 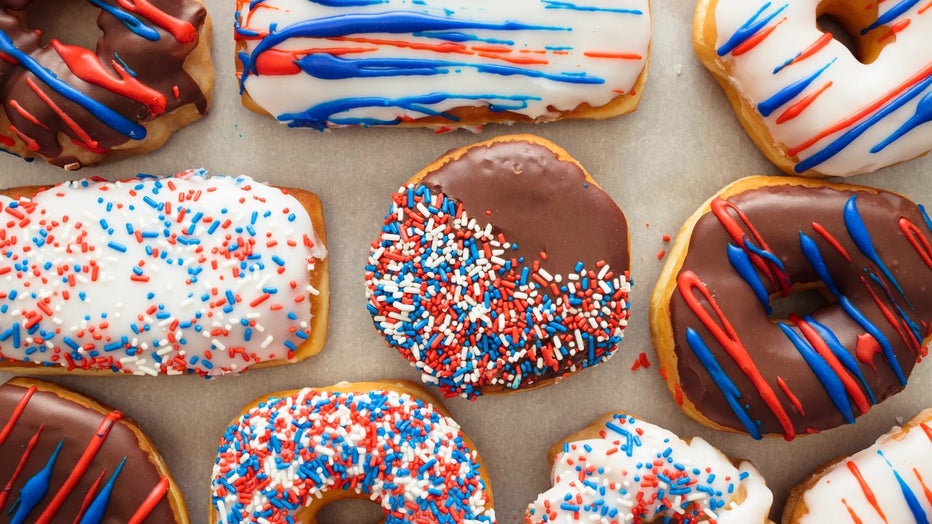 Donuts and more donuts — including some decorated in a patriotic theme.

"We owe an enormous debt of gratitude to Gregory," the family told UPI at the time.

Dunkin' today boasts 12,600 donut shops in 40 countries, including 8,500 in the U.S. alone. It sells about 2 billion donuts and Munchkin donut holes worldwide each year, the company told Fox News Digital.

Heroism at sea, defense of the donut on land

Among other claims to fame, he helped fuel the settlement of California, delivering supplies, lime most notably, from New England, around the dangerous seas of Cape Horn at the tip of South America; and then San Francisco as well, in the wake of the frenzy of development caused by the Gold Rush.

Along the way, Gregory rescued seven Spanish sailors from drowning aboard a sinking ship. His intrepidity earned him honors from Queen Isabella II of Spain herself. 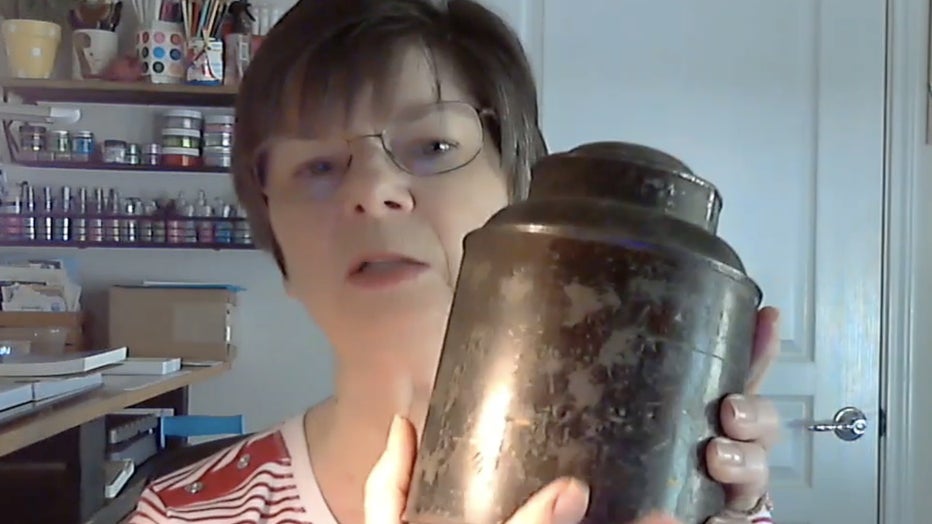 Author Pat Miller displays the type of 19th-century spice can that helped inspire the invention of the donut in 1847. Sailor Hanson Gregory used the lid of the can to cut holes in the middle of the dough balls before frying them, in order to ensure e

The captain later named one of his daughters in honor of her majesty, according to Miller.

Gregory died in 1921, without full recognition of his trend-setting creation.

His legacy as the inventor of donuts was elevated, however, during "The Great Doughnut Debate" of 1941 at Hotel Astor in New York City, according to a Smithsonian Magazine report in 1975. The captain’s relative, Fred E. Crockett, spoke in defense of the family.

Cape Cod attorney Henry A. Ellis sought to debunk the claim of the Crockett/Gregory family, with a tall tale that the donut can be traced to a scuffle between Pilgrims and Native American people in the 1620s, in which a Wampanoag fired an arrow through an Englishman's ball of dough.

"The issue was never really in doubt," Smithsonian reported.

"Mr. Crockett’s presentation included an array of affidavits, letters and other documents. Captain Gregory was the unanimous choice of the judges."

The industry cemented Gregory’s position in 1948, when the National Bakers Association confirmed Captain Gregory as the inventor of the donut — his status as an American innovator literally etched in stone overlooking the ocean on which he spent his life.