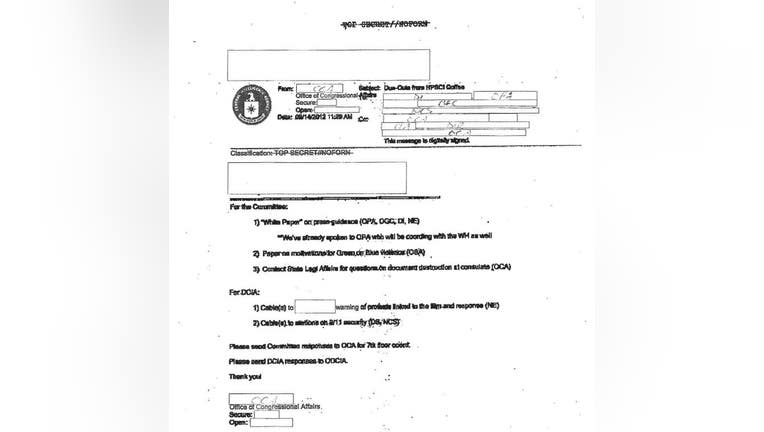 (CNN) -- The White House released more than 100 pages of e-mails on Wednesday in a bid to quell critics who say President Barack Obama and his aides played politics with national security following the deadly attack on the U.S. diplomatic compound in Benghazi, Libya.

You can read all the e-mails here.

Those talking points, which were requested by members of the House Intelligence Committee, were originally drafted by the CIA. The lawmakers had requested unclassified information they could use in media interviews. Following the original drafting of talking points, CIA analysts made a handful of significant changes, according to administration sources.