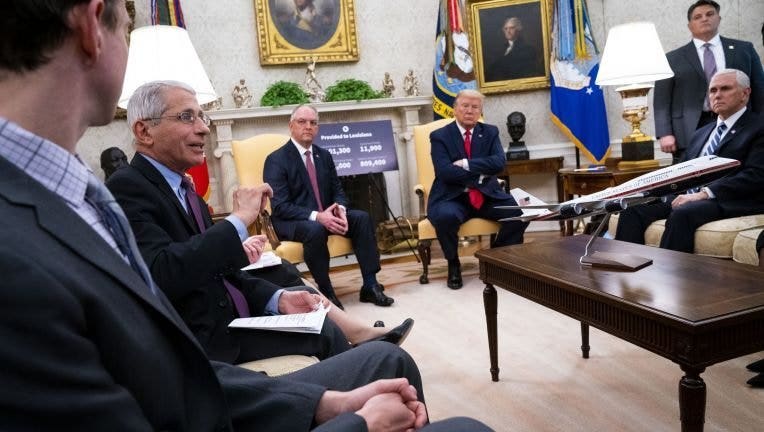 Pence told reporters at a White House briefing that the U.S. could be “in a very different place” by late May and early June. Pence said the administration is beginning to eye the Memorial Day to early June window as the appropriate time to have federal agencies manage the pandemic response in a more traditional way.

Pence’s comments came as an Associated Press analysis found infection rates rising even as states started to lift their lockdowns.

The vice president characterized the discussions as preliminary.

Dr. Deborah Birx, the task force coordinator, said the federal government will still keep a close eye on the data when and if the task force disbands.

This is a developing story, check back for more details.