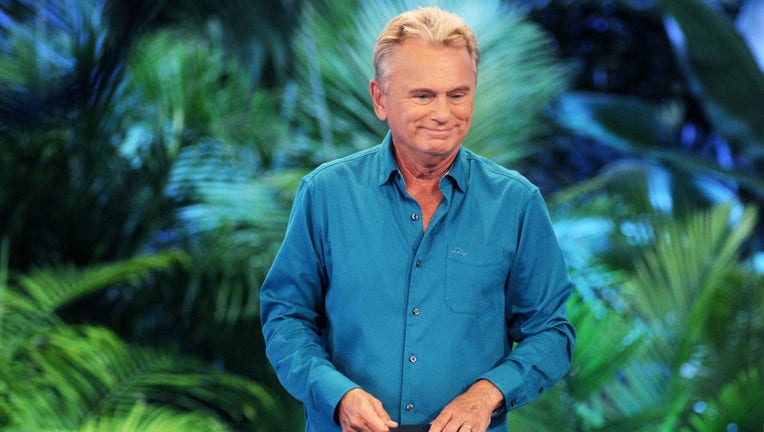 Tuesday night's "Wheel of Fortune" left viewers stunned over a contestant's inability to solve a puzzle despite having three attempts.

A clip from the game show has gone viral on Twitter. It showed an unsolved phrase that read, "ANOTHER FEATHER _N YO_R _A_."

"Another feather in your hat," contestant Laura answered wrong on her first try.

Seconds later, Laura had a second shot at solving the puzzle after competitor Christopher incorrectly guessed the letter "G," and contestant Thomas landed on bankrupt when he spun the wheel.

"Another feather in your lap," Laura incorrectly guessed again.

"No, though the feather is moving around," host Pat Sajak quipped.

Christopher then incorrectly guessed the letter "D" during his next turn, and Thomas had a case of bad luck again when the wheel landed on "Lose your turn."

Then, for a third time, Laura, spun the wheel and correctly guessed the letter "P." When she had the choice to spin or solve, Laura took a stab at solving the puzzle.

"Another feather in your map," Laura said, failing to answer correctly on her third attempt.

The phrase wasn't correctly solved until Thomas bought a C, revealing the correct puzzle as "Another feather in your cap."

The show began trending on Twitter, where social media users aired their rebukes of the "miserable" segment. Some dubbed the episode "cursed," while others said it was "infuriating" to watch and caused "outrage."

"The dumbest two minutes in Wheel of Fortune history," one Twitter user reacted.

"Did anyone else find themselves yelling at their TV in frustration during last night's airing of Wheel of Fortune? Another feather in your CAP," another person tweeted.

"#WheelOfFortune looking for another feather in my lap? Nap? Map? Rap? Sap? Gap?" another joked.

"I will never not believe that Wheel of Fortune is where the people who aren't smart enough to be on Jeopardy get sent," another added.

One person admitted that the grueling two minutes it took for one of the contestants to solve the puzzle correctly was "the most angry I've ever been watching any video in my entire life."

"As a former contestant on Wheel of Fortune I feel for the dude who just wanted to answer the f'n puzzle and kept spinning Bankrupt & Lose a Turn,"Justin Robinson said in support of Thomas.

"Watched that Wheel of Fortune clip and I'm not convinced that it wasn't the first seal of the apocalypse being ripped open," wrote another Twitter user.

Woman who learned English with help of "Jeopardy!" becomes contestant

Kristyna Ng's love of learning helped earn her a spot on the game show.

Despite the contestants getting trolled online, one person commended Sajak for "not absolutely losing it on them."

The longtime host posted a statement to Twitter on Wednesday supporting the round-robin-style guessing game, writing: "It always pains me when nice people come on our show to play a game and win some money and maybe fulfill a lifelong dream, and are then subject to online ridicule when they make a mistake or something goes awry."