If you've ever wondered why America obsesses over a small hibernating creature every February 2nd, you're not alone. The tradition dates back farther than you might imagine. The celebration of this part of the year goes back thousands of years-- and actually, pre-dates Christianity itself. Let's break down the legends of Groundhog Day. 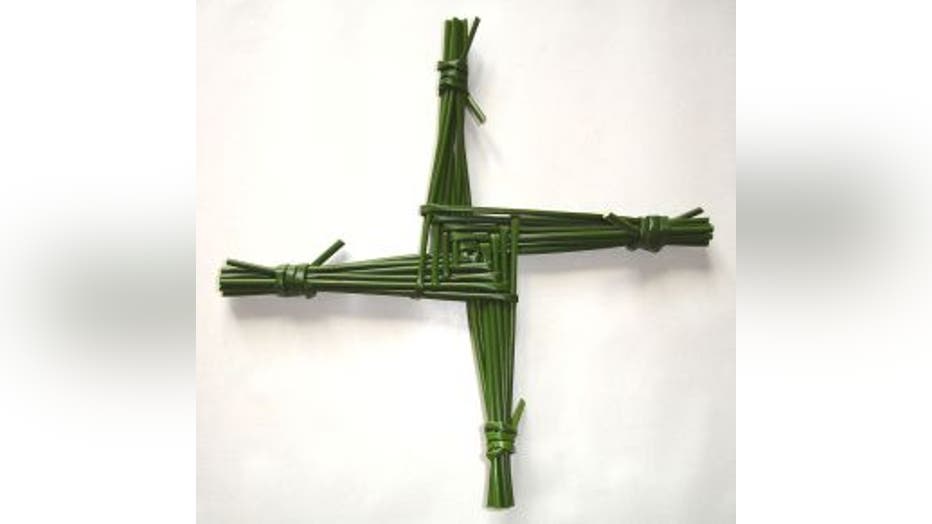 Why February 2nd? To ancient humans, sun meant life. The sun warmed the Earth, it helped the crops to grow. They tracked the rise and fall of the sun every year. It was lowest on the horizon near the winter solstice; highest in the sky in late June. The other important "quarter days" on the calendar were the equinoxes-- that's when there's equal amounts of night and day all over the earth.  February 2nd is what's known as a cross-quarter day. It is halfway between the winter solstice and spring equinox. Right around the beginning of February was the day known as a holiday called in Gaelic "Imbolc" (pronounced Em-BOLG). In the Gaelic, Celtic and Druid it is generally thought to mean "in the belly" referring to the sheep that would be pregnant that time of the year. Feasts and festivals to celebrate the beginning of the spring were common in many early northern European cultures. Imbolc is closely associated with Brigid, which historical evidence points to being a pagan goddess before Christianity arrived on the scene and made her into St. Brigid. People would make St. Brigid's crosses on this holiday. Often woven from grass-like plants called rushes, the crosses often hung over doorways to welcome the new season and as a request for good tidings. By this time of year, food sources had grown scarce and people would often really want to know when spring would arrive. They looked for omens everywhere. This is why this holiday is associated with weather prediction. One of the legends is that on Imbolc, the creator (in their cultures personified as an old woman) would gather her firewood for the rest of the winter. According to the story, if she wished to make the winter last a good while longer, she will make sure the weather on Imbolc is bright and sunny so she can gather plenty of firewood. Therefore, people would believe if February 2nd is a day of foul weather, it means that the creator was asleep and winter is almost over. In some cultures, this forecasting duty was done by serpents emerging from their dens or hedgehogs from underground burrows. 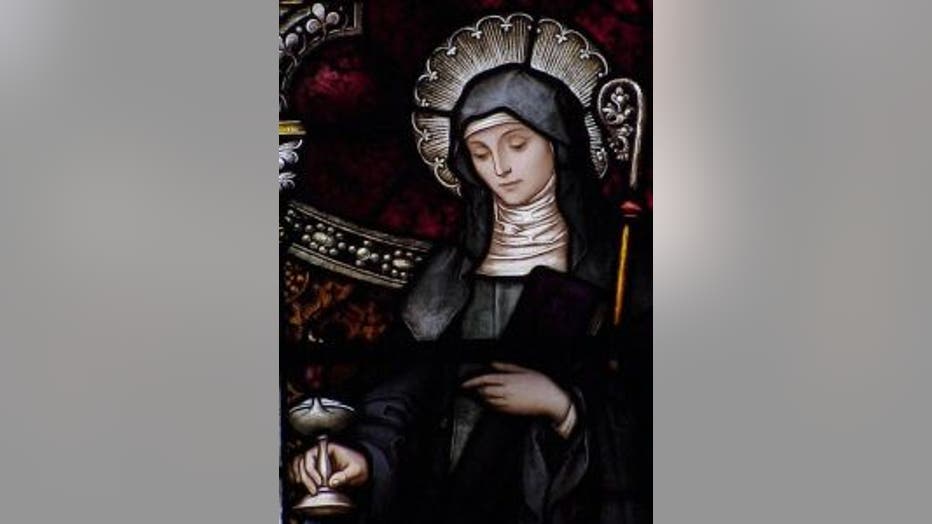 An image of St. Brigid in stained glass in an Irish church

What about Candelmas? Candelmas is certainly easier to pronounce and spell than Imbolc, but that's not why they changed the name of the holiday. When Christianity swept Europe, February 2nd became known as Candelmas, a festival of light. In some sects of Christianity, this day came to honor the ritual purification of Mary, 40 days after the birth of Jesus. Also, Christians remember the presentation of Jesus Christ in the temple. 40 days after the birth of a Jewish boy, it was Hebrew tradition to take a boy infant to the temple in Jerusalem to be presented to God by his thankful parents. Regardless, Candelmas continued the pagan tradition of celebrating the lengthening days in the northern hemisphere. Why Punxsutawney, Pennsylvania? Fast-forward thousands of years to emigrants arriving to the United States. Many of Germanic ancestry settled in what was the Dutch colony of Pennsylvania. Drawn by the religious tolerance of the Quakers who settled there, many German emigrants kept their traditions-- but transferred them onto local flora and fauna. The hedgehog was replaced by the North American groundhog. The traditional mantra of a burrowing animal seeing a shadow meaning 6 more weeks of winter continued. The website for the city says that "Punxsutawney Phil" and his progenitors have been prognosticating the timing of the arrival of spring since 1886. How often is the groundhog correct? Honestly, you'd be better off flipping a coin. He's right about 39% of the time. According to statistics, in the years there are data-- it indicates Phil has seen his shadow (sunny) 102 times and not seen it (cloudy) about a dozen. (There's a decade without any records at all.) 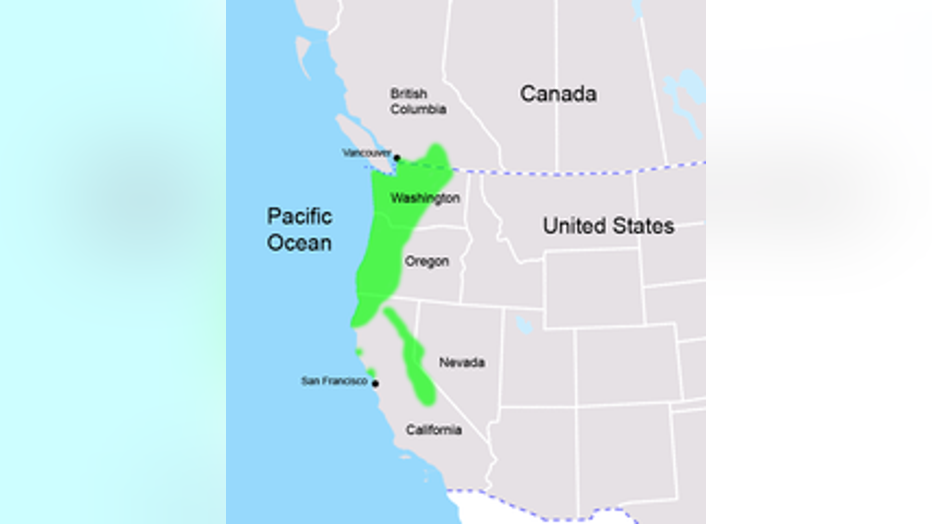 Habitat for the Western Mountain Beaver or "aplodontia rufa"

Who is Rufus? Here in the western United States, there are no groundhogs. So, at Q13 News, we use Rufus. He's a Mountain Beaver, but the funny thing is-- he isn't actually a beaver, he just looks like one. Specifically, his scientific name is aplodontia rufa. So, we call him Rufus. Basically, he's a rodent just like the groundhog but lives only in a range that includes Western Washington, Western Oregon, and Southern British Columbia. Instead of living underground, he burrows in the sandy hillsides along Puget Sound and other similar waterways around the region. Rufus comes to Q13 News from the Discovery Park Environmental Learning Center. It's hard to say how often Rufus is correct because of our generally mild winter climate here in the Pacific Northwest. But, expect us to post his prognostication just after sunrise on the 2nd. 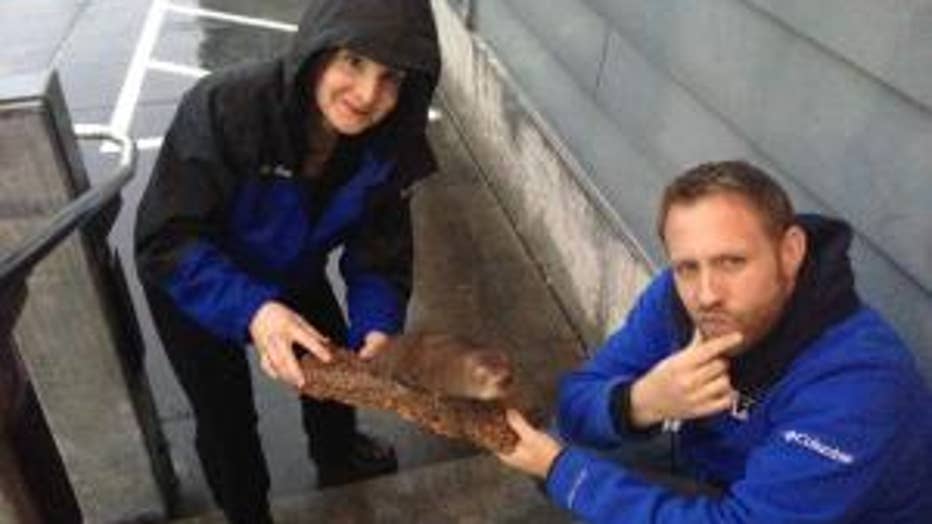 Other holidays: Groundhog Day isn't the only holiday on our calendar with deep and somewhat bizarre origins. Meanings change over time-- but there are other cross-quarter days still lingering on our calendars to this very day. May Day (halfway between the spring equinox and summer solstice) used to be called Beltane was a celebration to mark the beginning of the summer season. In many countries now, this is considered a workers' rights holiday. Halloween (halfway between the fall equinox and winter solstice) used to be a harvest celebration of the coming darker half of the year. It's also a time when the line between the living and the dead supposedly grew fuzzy and spirits could visit the world of the living. In Mexico, this is still recognized as "Dia de los Muertos" or Day of the Dead. In the U.S., now it's when children dress in costumes and get candy knocking on neighbors' doors. So, regardless of what Phil in Pennsylvania or our own Rufus has to say about the forecast on Groundhog Day-- spring officially starts in 2019 on March 20th at 3:58 pm in the Pacific Time Zone.