SEATTLE -- Kaci and I asked viewers of Q13 FOX News on Twitter and Facebook for their opinion on the best burger joint in Western Washington. Here are the results of our highly unscientific poll:

We received hundreds of replies and dozens of restaurants were nominated. After tallying the votes, these were the Top 5 picks:

We were intrigued -- and a little hungry. We decided to do some investigative research and eat one signature burger from each of the Top 5 nominees to determine which burger really is the best. In retrospect, it probably wasn’t a stellar plan -- I would not recommend eating five burgers in a single afternoon.

But we did it, and this is what we discovered:

Our first stop was Zippy’s in White Center. It’s an amazing little place, with hamburger memorabilia adorning every inch of space on the restaurant’s walls. It took about 15 minutes for our burger to be prepared, but this monster burger was worth the wait. The quality of the beef and the freshness of the vegetables set this burger apart. 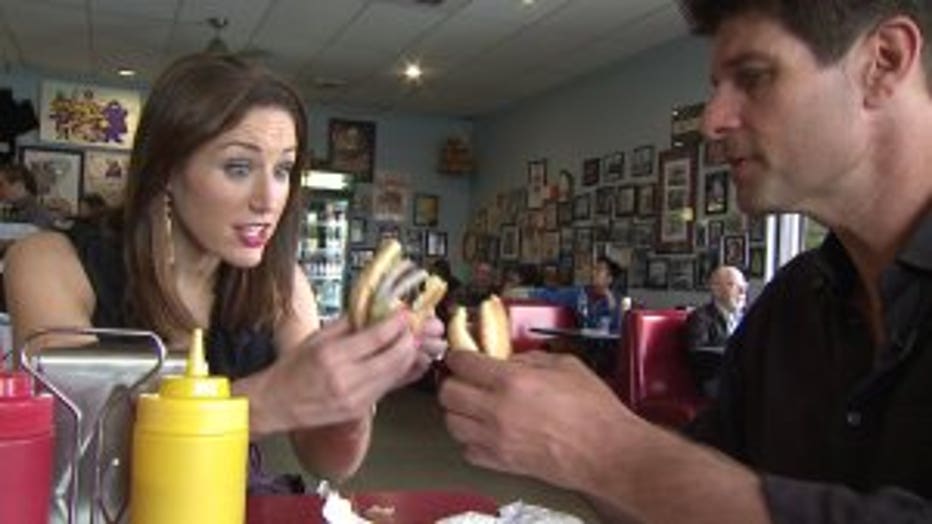 We then grabbed a Dick’s Deluxe from their Queen Anne location. There’s something about a Dick’s burger late at night after an evening of frivolity, but during our "taste test," I might have been a little too sober. Compared to Zippy’s, we thought the Deluxe tasted a little bland. It’s a Seattle institution, but Dick’s paled in comparison with some of the others.

Red Mill has several Seattle locations and has garnered a word-of-mouth reputation that draws lines of burger-lovers during the lunch and dinner rush. The reputation is well-earned. Red Mill’s generously proportioned  burger is accented with fresh lettuce, tomato and onions. I’m not an onion guy, so Kaci doubled up with the onions I discarded. Kaci enjoyed it more than I did -- maybe it was the onions.

The Five Guys Burgers and Fries chain has made its way to Western Washington and it certainly lives up to its reputation of serving up massive burgers, piled high with lettuce, tomatoes, and in the case of the signature burger we sampled, mushrooms. I think they call it Five Guys because it takes that many people to hold the thing together. It’s messy, but tasty. The quality of the beef wasn’t as satisfying to us as Zippy’s.

We then headed down to Tacoma to check out Frisko Freeze. It’s a South Sound staple that’s been around since the 1950s. They have never changed the recipe -- or the secret sauce, which features relish. The burger literally melts in your mouth. Kaci and I had never tried one of these and we were literally shocked by how delicious it was. Even after four hamburgers into our experiment, we finished the entire thing, which speaks volumes about the quality of the Frisko Freeze burger.

What did we learn from this experiment? A couple things. We are blessed with some amazing burger choices in Western Washington. And we clearly don’t have the stomach for this kind of investigative research. Pepto Bismol, anyone?