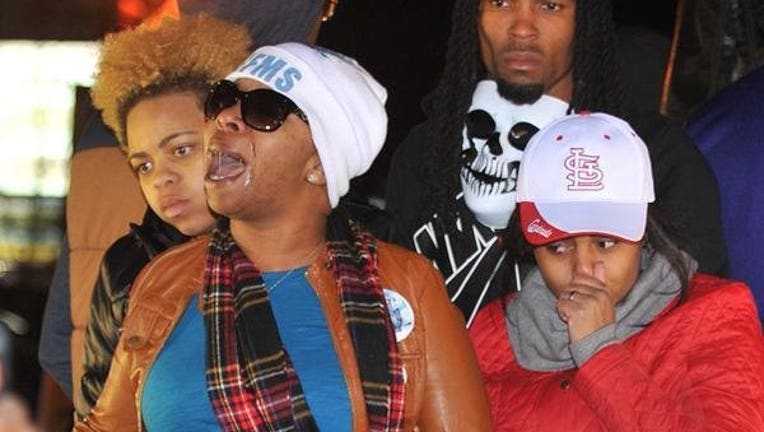 FERGUSON -- His mother ran down the street, tears streaming down her face. His father said he was "devastated."

When a Missouri grand jury decided not to indict Ferguson police Officer Darren Wilson in his fatal shooting, Michael Brown's family believed they were denied justice.

The unrest came after the family challenged those outraged with the decision to channel their frustration in "ways that will make a positive change."

But the violence in the St. Louis area spread, leaving family attorney Benjamin Crump to call for peace and a "constructive response."

"Michael Brown and the unknown Michael Browns are crying out from the grave, saying we have to change this system that let people kill them or .... without consequence," Crump told CNN.

What options remain available to the Brown family or what actions might give them some solace?

The U.S. Justice Department is conducting two civil rights investigations: one into whether Wilson, who is white, violated the civil rights of Brown, who was black, and the other into the police department's overall track record with minorities.

The investigations will likely require lots of time, if similar past cases are any indication.

Last week, CNN legal analyst Paul Callan said the lack of an indictment could push the federal government to "open a much more stringent and powerful investigation" of Brown's shooting.

"Now they know he's not going to be prosecuted on a state level, and the feds have a right to do a completely independent investigation, and they're not bound in any way by grand jury determination," he said.

But Crump late Monday sounded pessimistic about that route.

"That is a very high standard and it's not very likely. The family understands if there is no indictment it is likely the killer of their child won't be held accountable and that's heartbreaking to them."

"Even at this mature stage of the investigation, we have avoided prejudging any of the evidence," Holder said. "And although federal civil rights law imposes a high legal bar in these types of cases, we have resisted forming premature conclusions."

The family could file a wrongful death lawsuit against Wilson and the Ferguson Police Department, Callan said.

Crump told "AC360" that the family is considering the option of civil remedies to obtain "some sense of justice."

Callan said Brown's family could file a lawsuit under Section 1983 of Title 42 of the U.S. Code -- a federal statute that permits damages against state officials for violations of legal or constitutional rights.

CNN commentator and legal analyst Mel Robbins said she expects the family to allege wrongful death and intentional infliction of emotional distress. They will allege that Wilson had no justification or was negligent in shooting Brown, she predicted.

Such a lawsuit would likely include the fact that Brown's body was in the street for four hours after his killing.

A push for change to the system

In a video released last week by STLForward.com, Michael Brown Sr. thanked supporters for trying to end what he called racial profiling and police intimidation. But he asked for a calm response if there were no indictment.

"Hurting others or destroying property is not the answer. No matter what the grand jury decides, I do not want my son's death to be in vain. I want it to lead to incredible change, positive change. Change that makes the St. Louis region better for everyone."

Late Monday, the family was away from the cameras, dealing with their disappointment. Before then, they encouraged the public "to work together to fix the system that allowed this to happen."