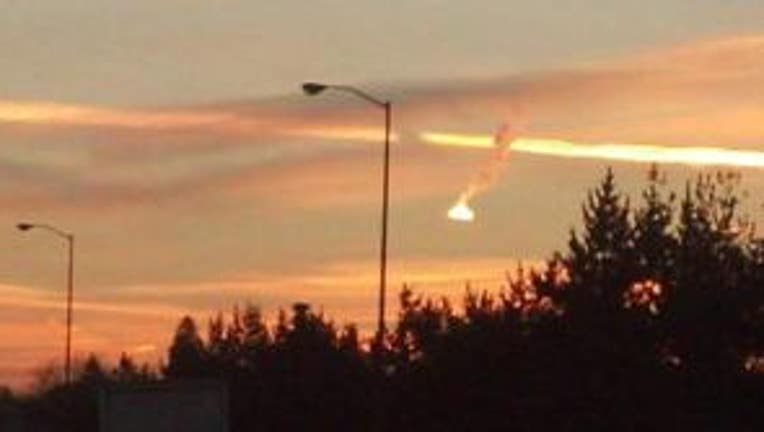 PORTLAND (KPTV) -- Three weeks after a fireball lit up the morning sky in the Pacific Northwest, the FOX 12 newsroom received several photos of objects passing through the sky above Oregon.

One FOX 12 viewer wrote she noticed "a strange line in the sky" in Beaverton.

"As it continued down, the trail behind it started to spread out as you can see in the pictures. Then it lit up like a fireball," she wrote.

Another witness on Marine Drive said he spotted three objects in the sky around 7:15 a.m.

"I ran inside to grab my camera after I saw the first two and when I came out this one was breaching our atmosphere," he said.