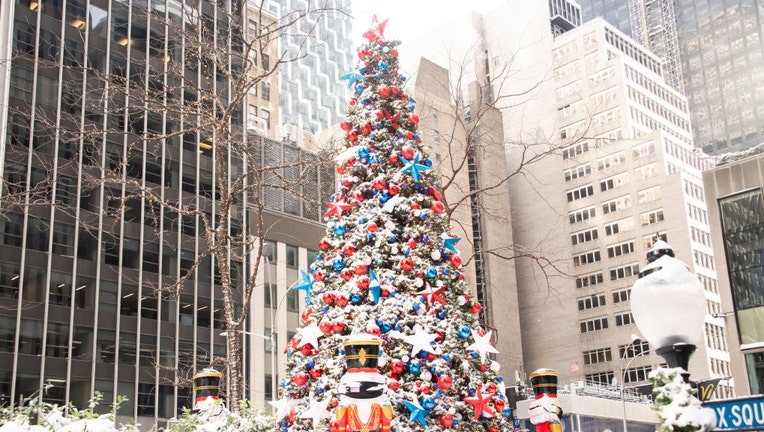 A view of a Christmas tree outside the Fox News studio on December 17, 2020 in New York City. (Photo by Noam Galai/Getty Images)

Are you dreaming of a white Christmas?

We all know the classic Bing Crosby song, but what are the odds of this song becoming a reality where you'll be spending the holiday?

To answer that question, FOX Weather has compiled the map below, illustrating the historical probability of a white Christmas across the U.S.

In order to qualify for a white Christmas, there must either be at least 1 inch of snow on the ground on Christmas morning or falling snow must accumulate to at least 0.1 inches on Dec. 25. This is the same criteria used by the National Weather Service. 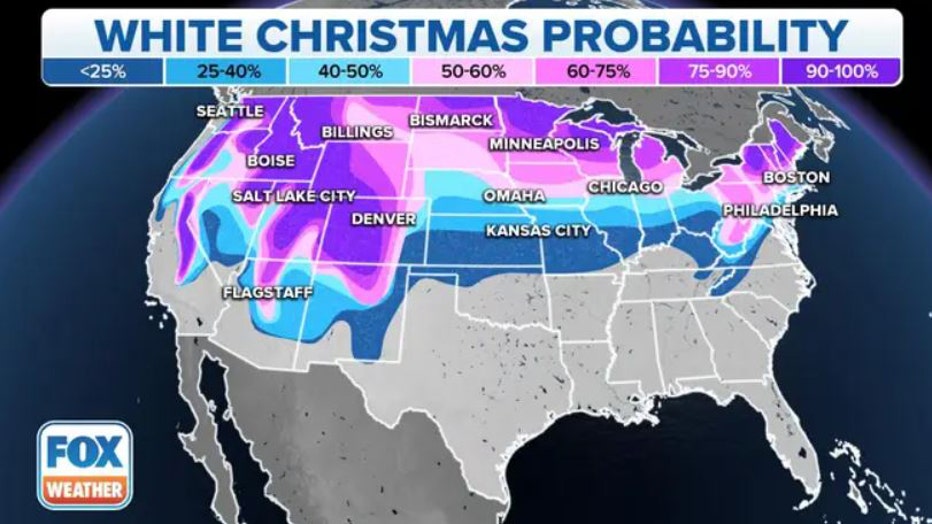 The historical probability of a white Christmas. (FOX Weather)

The map is based on historical weather data averaged over the 30-year period from 1991 to 2020, the most recent climatological averages provided by NOAA's National Centers for Environmental Information.

In the Lower 48, the northern and central Rockies, California's Sierra Nevada and the Washington and Oregon Cascades have the highest odds of encountering snow on Christmas Day. The probability of a white Christmas is as high as 90% to 100% in the highest peaks of those mountain ranges. Aspen, Colorado, is just one of about a dozen locations that can brag about having a 100% chance of a white Christmas, according to NOAA.

There's also a 90% to 100% chance of a white Christmas in portions of northern North Dakota, northern Minnesota, northern Wisconsin and the Upper Peninsula of Michigan.

The odds of Christmas Day snow begin to diminish as both elevation and latitude become lower. However, there's still a 50% or higher probability of a white Christmas across much of the nation's northern tier, from the northern Plains to parts of the Upper Midwest, Great Lakes and interior Northeast.

Minneapolis-St. Paul, Madison in Wisconsin and Burlington in Vermont each have a 60% to 75% chance of a white Christmas in an average year. The odds drop below 50% in cities such as Chicago and Detroit. 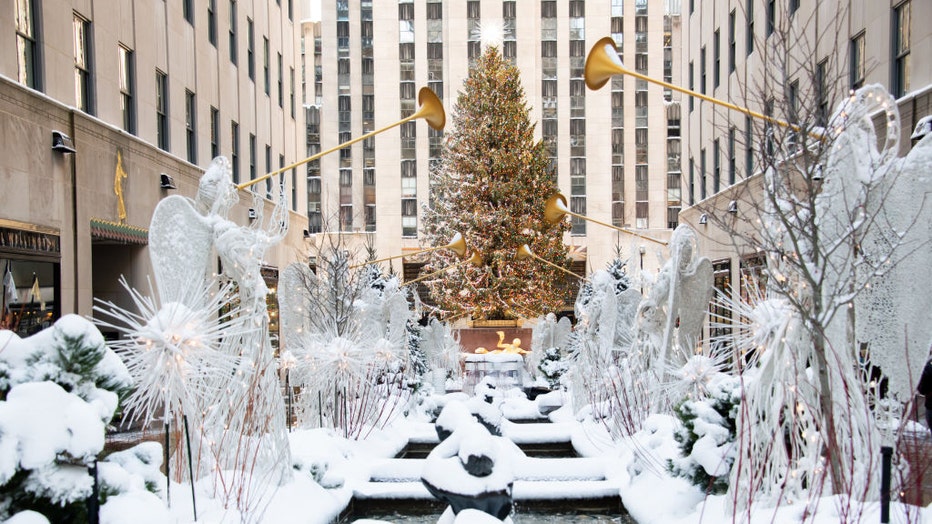 A view of the Christmas tree in the Rockefeller Center on December 17, 2020 in New York City. (Photo by Noam Galai/Getty Images)

A white Christmas happens only 10% to 20% of the time along the Interstate 95 corridor of the Northeast.

New York City has at least 1 inch of snow on the ground on Christmas morning about once every six years, on average. Farther north, in Boston, the frequency increases slightly to about once every five years. However, white Christmases in Philadelphia, Baltimore and Washington only happen about once a decade.

Most areas along the West and Gulf coasts and in the Deep South have less than a 10% chance of Christmas Day snow because temperatures in those regions don't typically get cold enough to produce measurable snow so early in the winter (if it snows at all during the season).

Keep in mind that the statistics provided in this story are simply averages. The weather pattern that sets up each December can increase the chances of a white Christmas in some areas while decreasing those odds in other areas.