SEATTLE -- For the first time, a portion of the new SR 520 floating bridge is now open to traffic. The Washington State Department of Transportation opened the westbound lanes of the new bridge at 3:50 Monday morning.

There will be three westbound lanes on the new $4.5 billion floating bridge including an HOV lane, according to WSDOT. For the next couple of weeks, eastbound traffic will remain on the existing toll bridge.

The old floating bridge will be taken apart and removed by the end of the year. WSDOT says the pontoons will be towed away and reused for other marine purposes. 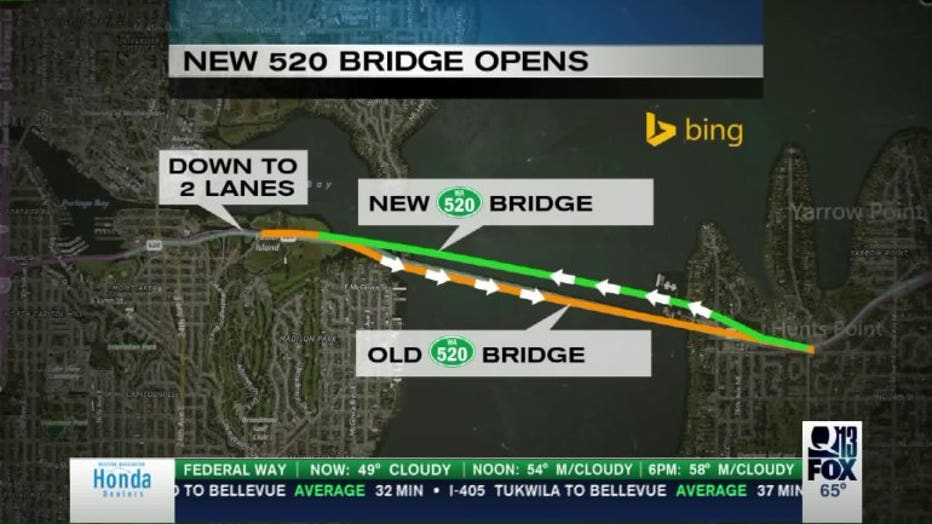