SEATTLE -- If it seemed like Seattle and Western Washington broke just about every weather record this year. Then you're right.

Let's start from the beginning.

On March 14, the region reached its normal yearly total rainfall, which wasn't a surprise to any of us who lived through the first half of the year.

At the end of the rainy season, Western Washington was officially given the title: all-time wettest water year on record, according to the National Weather Service, who began taking such records in 1895.

Think that's a lot? Quillayute, Washington, which is on the coast, logged nearly 10 feet of rain during that same timeframe.

Also, not surprising. Western Washington had the most 1 inch rainfall days ever.

Remember our summer. It was sunny and dry. In July, no measurable rain was detected at Sea-Tac Airport, where the National Weather Service has their rain gauge. 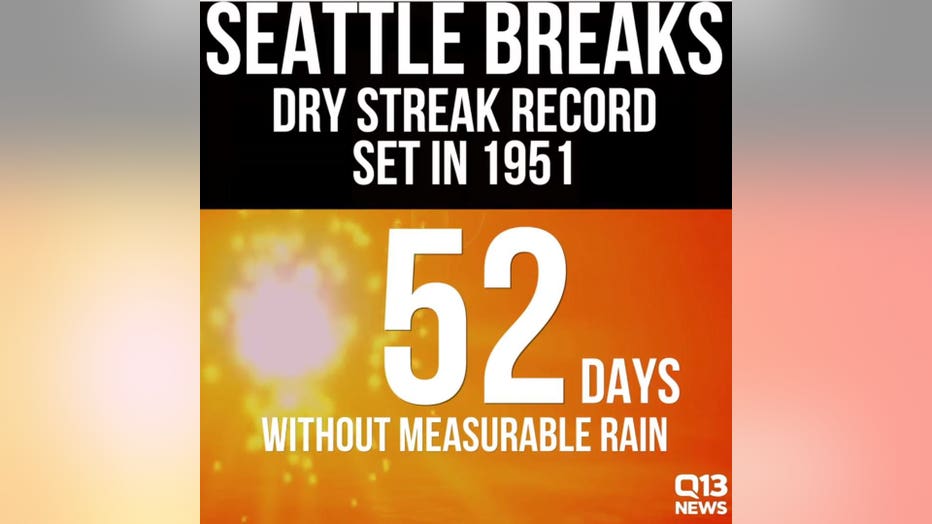 Oh yeah, remember how hot this summer got? According to the National Weather Service, the stretch from June 21 (the first day of summer) to September 21 (the last full day of summer) tied for the hottest summer ever.

The summer of 1967 also averaged high temperature of 78.6 degrees, according to the weather service.

Fall was considerably toasty too.  86 degrees was recorded at Sea-Tac Airport on September 28, making it the hottest September 28 since the National Weather Service began keeping records. Bothell and Federal Way were even hotter at 92 degrees.

Most smoke ever recorded

Smoke from wildfires burning in British Columbia, Montana, Idaho, and Washington made our sky's hazy this summer. Western Washington experience poor air quality for at least eight days in September. Many of us woke up to ash on our cars bringing back memories of the Mount St. Helens eruption.

Wildfires also forced the closure and evacuation of Crystal Mountain.

"1 inch of snow on the ground on Christmas morning." 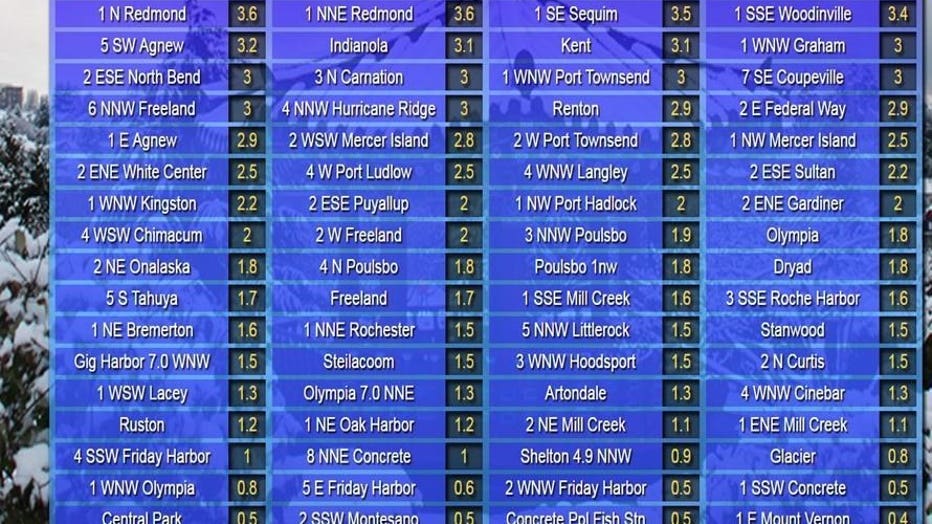 Woo!! What a wild weather year! Our current winter is expected to be cooler and wetter than normal, but not record-breaking. That also means our summer should be warmer and dryer.