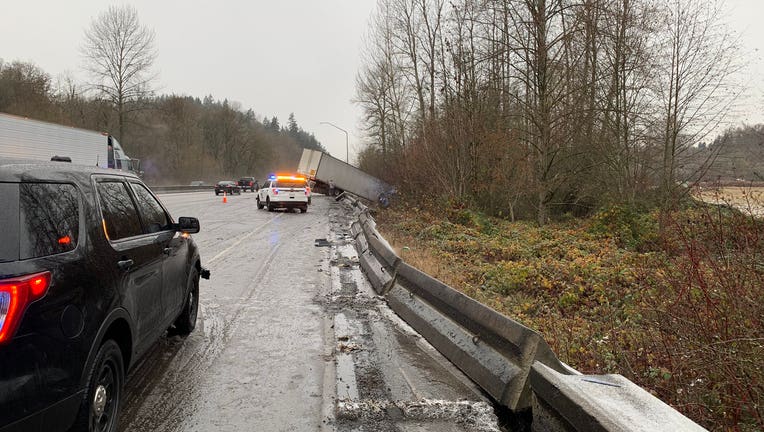 According to Washington State Patrol, a semi-truck crashed near Auburn-Black Diamond Road. No one was injured in the crash.

It is not yet known what caused the crash or if another car was involved.

WSDOT said emergency crews were called to the scene, and the road was closed until 2:30 p.m. while they investigated.