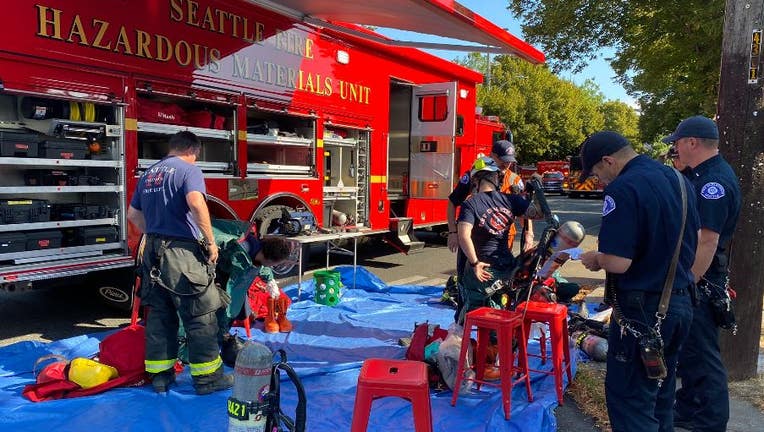 SEATTLE - The building that holds West Seattle PCC and other apartments was evacuated on Wednesday evening due to a carbon dioxide leak. However, residents and shoppers were told an hour later they could return to the building.

Seattle Firefighters responded to the market at 2749 California Ave. SW for reports of a "hazardous materials spill" in the building.

As a precaution, the building was evacuated.

Firefighters were told by the business that there was a mechanical failure and a reported carbon dioxide leak. The chemical is used for refrigeration.

Seattle firefighters say the air quality levels are safe for people to return to the building.