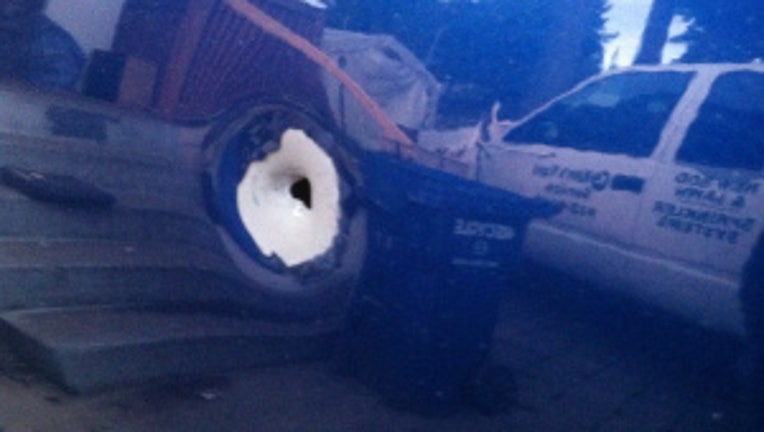 SEATTLE -- Marivel Gonzalez is one of seven people living in a West Seattle home on SW Cloverdale Street that’s been the target of three drive-by shootings in one week. Two of them happened early Saturday morning.

"We've lived here for 15 years,” Gonzalez said. “Ever since my little brother was born we've moved into this house. We've never had anything happen like this before.”

The Seattle gang unit is investigating the recent string of violence. So far police don't have any witnesses. Now the family is taking matters into its own hands by installing security cameras.

They're also begging for the shooting to stop.

"We're a decent family," Gonzalez said. "We don't do anything wrong. I don't see why they would be shooting at our house. We just need it to stop.”

"They shouldn't be doing that kind of stuff,” Elizondo said. “That's not civilized for Pete's sakes. Who wants to live in something like that.”

Colin Laak also lives nearby. He loves living close to the city, but these shootings are too close for comfort, he said.