MERCER ISLAND, Wash.-- While a tentative settlement has been reached between the city of Mercer Island and Sound Transit, the mayor of the community surrounded by Lake Washington says they'll keep pushing for improved access to Interstate 90.

Access for the 22,000 residents of the Seattle suburb to the state's busiest and most important east-west highway changes significantly this weekend as the reversible I-90 express lanes disappear this weekend forever. The closure is to make way for the East Link light-rail project, which is set to start operations in 2023 in Bellevue and later in Redmond.

Since the mid 1970s, the original plan for the I-90 light rail gave Mercer Island drivers, including solo drivers, continued access to the HOV lane and later reaffirmed it in a revamp of the plan in the mid-2000s. But the federal highway officials put the brakes on that plan last August.

The new plan closes the entrance to I-90 from Island Crest Way to cars that have only one occupant -- though transit and carpools can still enter the freeway.

When plans changed, this led the city of Mercer Island to seek some mitigation from Sound Transit, something afforded to other communities that are serviced by Sound Transit's light-rail expansion plans.

The tentative settlement, announced Thursday, is for roughly $10 million.

"What we have is essentially two pools of money," says Mayor Bruce Bassett.

But, the fight isn't over.

Bassett says they're taking the fight to Washington's congressional delegation, hoping it can push to change the law that would allow cars with only one driver to use the Island Crest Way freeway entrance and then merge to join the other three lanes of traffic on I-90. It would be a similar traffic configuration to when drivers in Seattle merge from the Mercer entrance onto the far left lane of I-5. 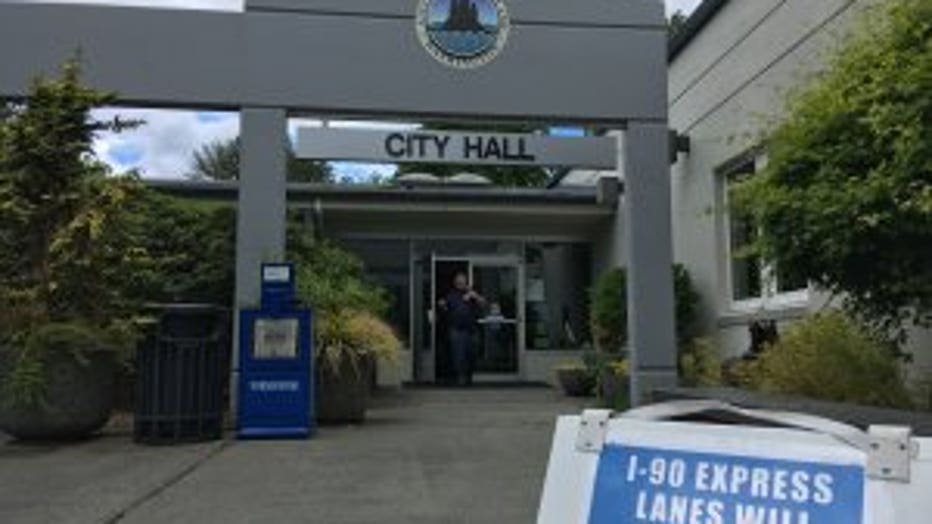 Monday will be the first business day the changes go into effect. Already, Mercer Island residents are bracing for long backups now that solo drivers will have to compete for space on the road that's already jammed with Bellevue and Issaquah traffic headed into Seattle.

Another possible option is for the city to ask WSDOT to add a HOT lane to I-90. Bassett says that would allow solo drivers to pay to be able to enter I-90 using Island Crest Way.

"It just feels like a highway apocalypse," says Ele Munjeli, a tech consultant who works mostly out of her Mercer Island home but will often work on projects on both sides of Lake Washington.

"I live here, in part, because I can get from one side to the other, I’m a consultant in the tech sector and being able to get to the Eastside or the westside was the big advantage. Not being marooned on an island."

Munjeli says she is excited about getting more and better transportation options in the area, despite the possible congestion that lies ahead for folks like her.

"There's a time when you just have to get over it and make some sacrifices."

Munjeli is referring to other communities that have also made sacrifices this spring as construction on the East Link light rail has closed large park and ride lots in both Bellevue and Redmond until the light rail line is completed. 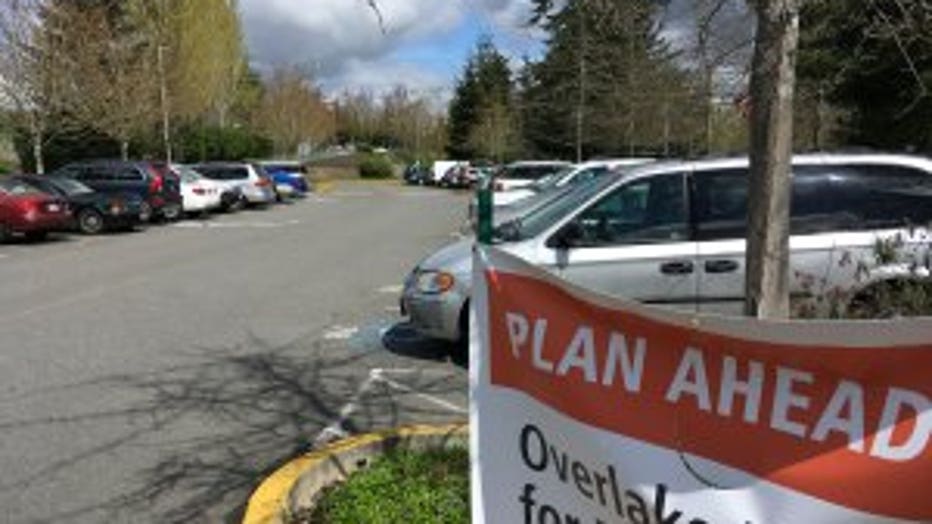 Redmond's Overlake park & ride was one of two that closed on the Eastside in May to make way for light rail construction.

she doesn't plan on changing where she drives as much as when she'll be hitting the road, scheduling her appointments away from the busiest commute times on I-90. "The best thing we can do is just watch when we're coming and going."

Something else the city of Mercer Island will be watching is what the mayor calls "cut-through" traffic. That's when commuters on I-90 will get off on one side of Mercer Island and weave through city streets and then get on I-90 on the other end of the island. The goal for drivers is to jump ahead of the congestion on the interstate itself.

Bassett says one of the things he likes most about the settlement with Sound Transit is that the money can be exchanged between the 'park and ride' coffer into the one for street improvements if the cut-through traffic really starts to tie up traffic on the north end of the island community.

For that, he says, he wants to rely heavily on the residents themselves to spot the trouble spots and choke points and let Mercer Island city government know how they think the money should best be spent.

In the meantime, the city has already invested in some real-time traffic sensors to let drivers know which entrance ramps are the busiest when the new traffic configuration that's been talked about for months finally becomes a stop-and-go reality on Monday.