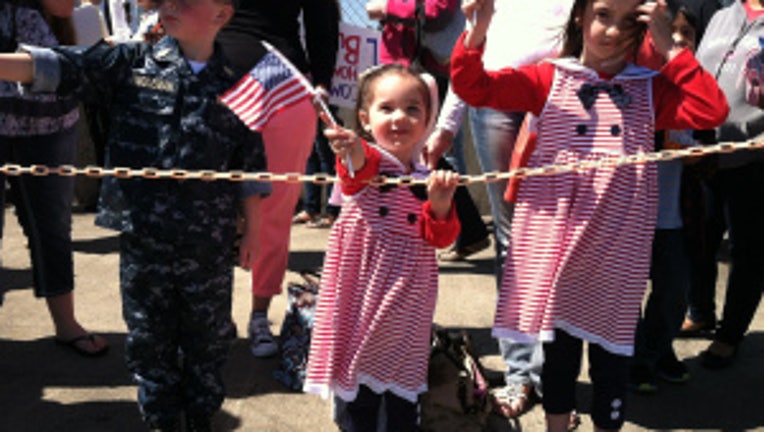 SEATTLE -- The Nimitz-class aircraft carrier USS John C. Stennis is returning from an eight-month deployment to her homeport in Bremerton on Friday, the Navy announced.

Friends and family members will be at Naval Base Kitsap to greet the nearly 3,000 sailors as they return from an eight-month deployment to the U.S. 5th and 7th Fleet areas of responsibility.

“I could not be more proud of the strike group sailors and what they accomplished,” said Rear Adm. Mike Shoemaker, commander, Carrier Strike Group 3. “Eight months ago, they answered our nation’s call to deploy, and successfully executed every mission asked of them. Our Navy very much appreciates the sacrifices that they and their families have made and I congratulate them all on a job well done.”