PITTSBURGH - The Eradicate Hate Global Summit began on Monday and former President George W. Bush was one of many keynote speakers to attend the summit virtually.

"The Eradicate Hate Global Summit was born out of the Tree of Life massacre that took place in Pittsburgh in October 2018, motivated by anti-Semitic and anti-immigrant hatred resulting in the largest loss of life in an anti-Semitic event in U.S. history," according to the summit’s website.

The 20-minute attack at Tree of Life Congregation in the Squirrel Hill neighborhood left 11 dead and six others wounded, including four police officers who dashed to the scene, authorities said.

The suspect, Robert Bowers, traded gunfire with police and was shot several times and survived. Bowers, 49, of Baldwin, Pennsylvania, perpetrated the deadliest attack on Jewish people in U.S. history. He faces more than 60 federal charges, including hate crimes violations, obstruction of religious belief and the use of a firearm during a crime of violence. He has pleaded not guilty and faces a possible death penalty if convicted. 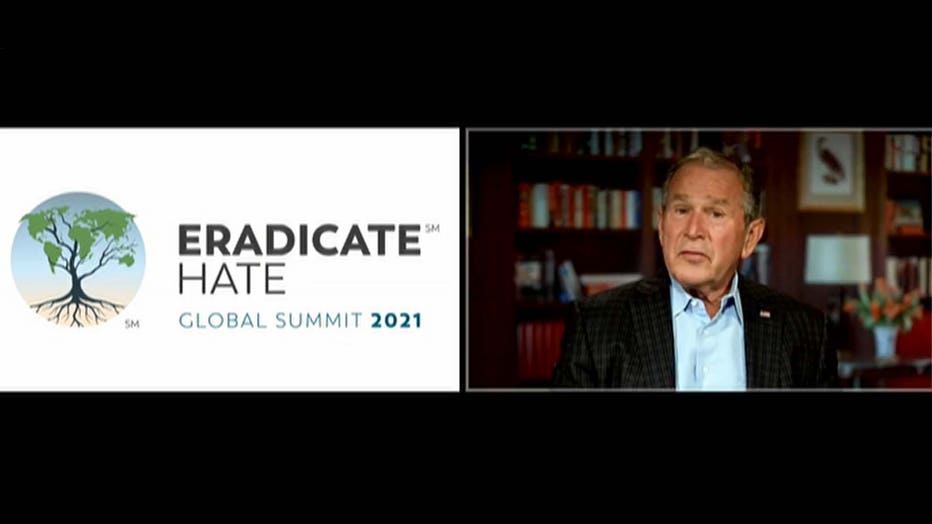 During this year’s summit, Bush spoke of the important work Eradicate Hate does to open avenues of conversation to address hate.

"These days, it can feel like the forces pulling us apart are stronger than those binding us together. Argument turns too easily into animosity. Disagreement escalates quickly into dehumanization," Bush said. "Too often we judge other groups by their worst examples while judging ourselves by our best intentions. This has strained our bonds of understanding and common purpose. But to renew our strengths, we only need to remember our values."

"We are bound by things of the spirit, by shared commitments to common ideals. We must reject hatred, violence and bigotry. We must embrace pluralism, compassion, and respect for all human life. At our best we practice empathy, imagining ourselves in the lives and circumstances of others. This is the bridge across our nation’s deepest divisions and I thank you for taking up this important cause," Bush concluded.

Each year, the Eradicate Hate Summit aims to allow people to work together not merely to have open dialogue but "work collaboratively across disciplines, across institutions, and across borders between each annual gathering, to deliver actual, lasting, and measurable change," the website continues.