A family is warning the public about a scam that is hitting three counties in Western Washington.

BREMERTON, Wash. - A family is warning others of a scam they fell victim to, where a couple said they were from a foreign country and needed money. The family offered it to them and took what they thought was real gold jewelry as collateral for later payback-- but they learned the hard way and are now out thousands of dollars.

The scam has been reported in two counties and three cities in western Washington.

According to the Melocoton family, a couple who identified themselves and Ali and Samirah Kalifa, asked for help in the Bremerton Walmart parking lot on July 16, saying they were from Saudi Arabia and were stuck without access to their credit cards.

The family initially offered the couple $40, before ending up giving them $200. The couple said $200 wasn't enough.

The couple then gave the family several gold chains as "collateral."

"She just kept throwing jewelry, so I thought it was real," said Babylyn Melocoton.

So, the Melocotons went to two separate ATMS to withdraw a total of $2,000. Once they handed the cash to the couple, they took off immediately.

The family drove to a pawn shop to try and figure out how much the chains, rings and bracelet were worth-- they were worth nothing.

"That's the only money that I have. I saved that money for three years," Babylyn Melocoton. "We lost our money."

She planned on using those savings for her 7-year-old and 3-year-old's education.

"If you think it's too good of a deal, then it's probably is," said Lt. Kenneth Dickinson with the Kitsap County Sheriff's Office.

The Sheriff Office's says they are aware of the incident with the Melocoton family.

The Melocotons are not the only ones who have been scammed: the Kent police department says a similar report was filed middle of June after a man claimed to have lost his wallet, needing to feed his family and offering the victim $1,000 for a gold chain.

Renton PD has seen two incidents-- one in February, where the first victim says two men were selling fake jewelry at a gas station near Third Street, and the second in May where the victim told police a man and two children were asking people for money in exchange for jewelry.

So far, no one has been arrested for these crimes.

If you have any information on the incident in Bremerton or believe you have seen the suspects, contact the Kitsap County Sheriff's Office at ​​360-337-7101. 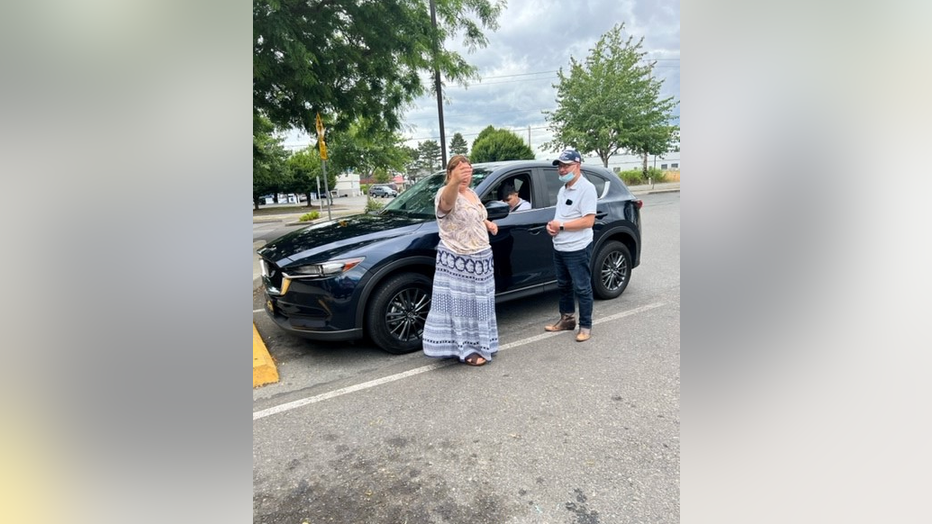