ELLENSBURG -- The Kittitas County community and agencies across the state are mourning the loss of a veteran law enforcement officer and family man.

Deputy Ryan Thompson, 42, was shot and killed Tuesday night following a vehicle pursuit that started in the Badger Pocket area of Kittitas County and ended in the town of Kittitas after a nine-mile pursuit, Kittitas County Sheriff Gene Dana said at a news conference Wednesday morning. 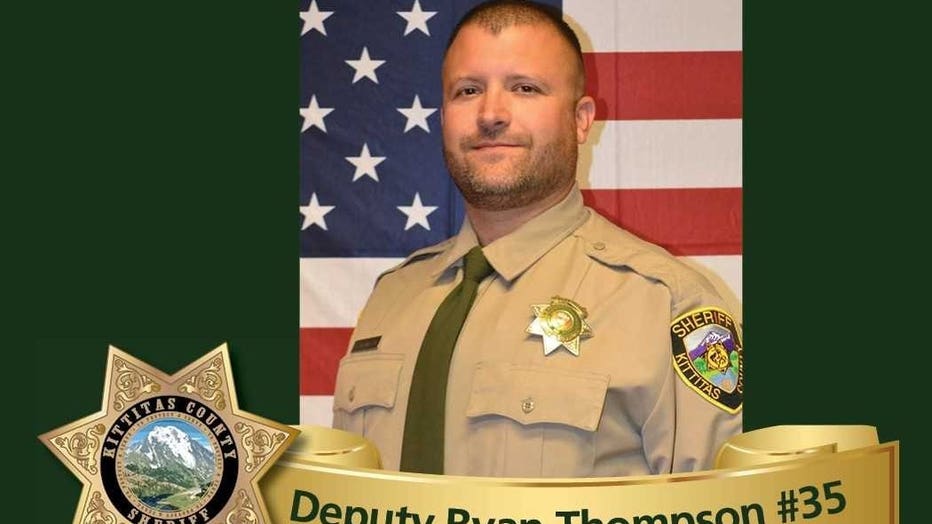 "This is a tragedy. Officer-involved shootings happen too often across our country, but almost never here," said Dana, who called last night's shooting the worst moment of his 45-plus year career in law enforcement. "Our community has a very heavy heart today. Last night, we lost one of our finest."

Thompson, who leaves behind a wife and three children, began the pursuit and was joined by Kittitas Police Officer Benito Chavez, who was also shot and injured after the pursuit ended. 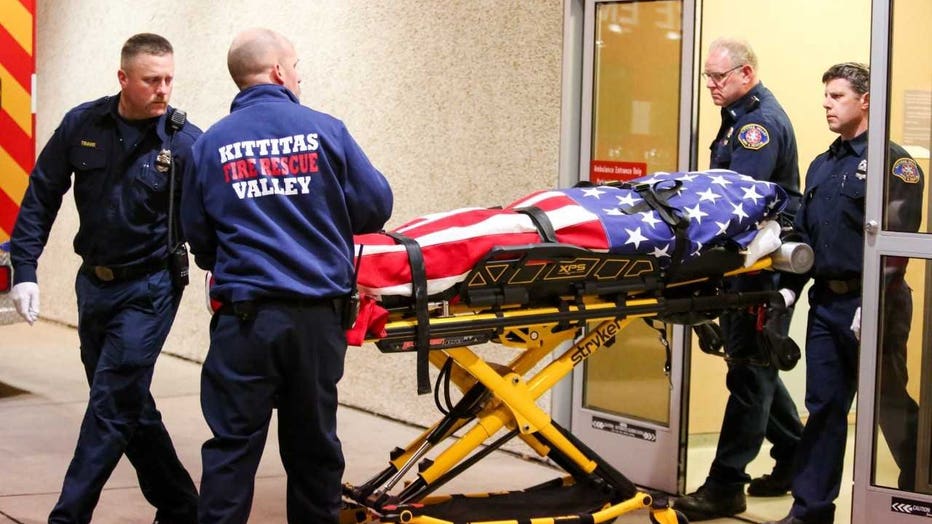 Deputies said the chase began after reports of an erratic driver and possible road rage incident. Investigators have not said what led to the shootout, but said that shots were fired less than three minutes after the pursuit ended.

Chavez was shot in the leg and suffered a shattered femur, Kittitas Police Chief Chris Taylor said. He was airlifted to Harborview Medical Center in Seattle, where he was listed in satisfactory condition Wednesday morning.

Chavez has a wife, and the couple are expecting their first child.

"He'll be in recovery for quite a while," Taylor said. 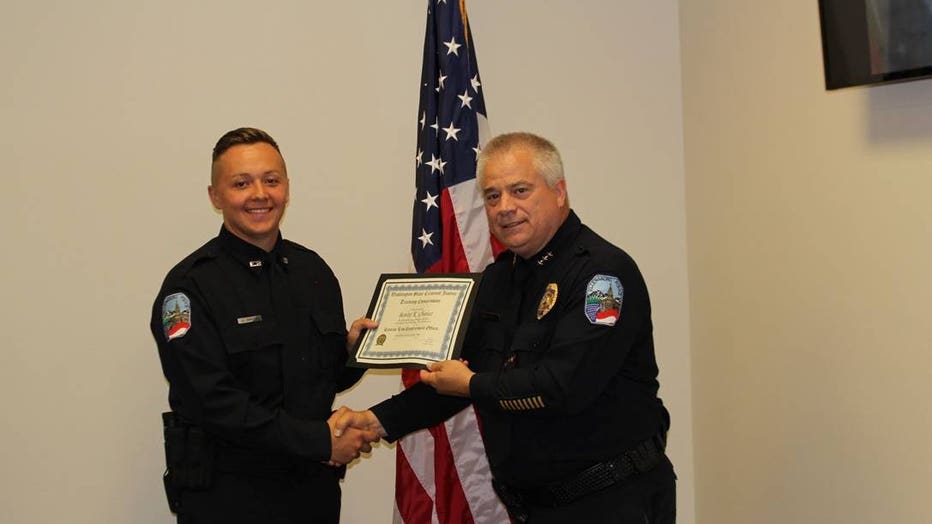 The suspect in the pursuit and subsequent shootout was shot and later died. Ellensburg Police Chief Ken Wade, whose agency will oversee the investigation along with WSP, said police are awaiting final confirmation from the coroner's office before releasing the suspect's name.

Deputy Thompson was born and raised in Walla Walla, graduated from Central Washington University and started his career in law enforcement as a reserve deputy with Kittitas County in 2004. He went on to serve as a corrections officer before joining the Central Washington University Police Department in 2007. He returned to the Kittitas County Sheriff's Office in December 2014 and had been a deputy ever since.

Chavez, 22, is one of three officers in the Kittitas Police Department, including the police chief. He joined the department in July 2018, finished the police academy on Jan. 29 and started working for the department full-time.

Sheriff Dana said Kittitas County has low crime rates, which is why people want to live there and police officers want to work there.

"The last fatal officer-involved shooting happened in our county over 90 years ago, and the last person to die from the sheriff’s office in the line of duty was over 60 years ago," Dana said.

Meanwhile, support has been pouring in from across the state, and Washington State Patrol says an officer will be standing by at Harborview 24/7 until Officer Chavez is released.

"In that area where this occurred, troopers, deputies and police work very closely together," Trooper Rick Johnson  said. "This affects the communities and families of all law enforcement."

Donation accounts to help the families of both Chavez and Thompson have been set up at US Bank. The Kittitas County Sheriff's Office says those wishing to make a donation can do so at any US Bank branch, either in person or by mailing a check.

You can make donations to the following accounts: Chavez Family Fund, Thompson Family Fund, and Thompson Memorial Fund.  Family funds are for family expenses, while the memorial fund is for funeral expenses. Any excess funds after the funeral service will be released to Deputy Thompson’s wife.

To ensure funds are deposited into the correct account, please provide the teller with the name of the fund or indicate it on the memo line of the mailed check.