Lots of construction projects expected to cause major backups this weekend

WSDOT's recent announcement that construction will continue this weekend on I-5 and I-405 has struck a nerve with Husky football fans - especially with a big game this Saturday.

SEATTLE - The Washington State Department of Transportation (WSDOT) sent out a series of Tweets on Friday - taking a moment to empathize with the public, while also explaining the reasons behind all the construction happening in the area, and their game plan to get it done as soon as possible. 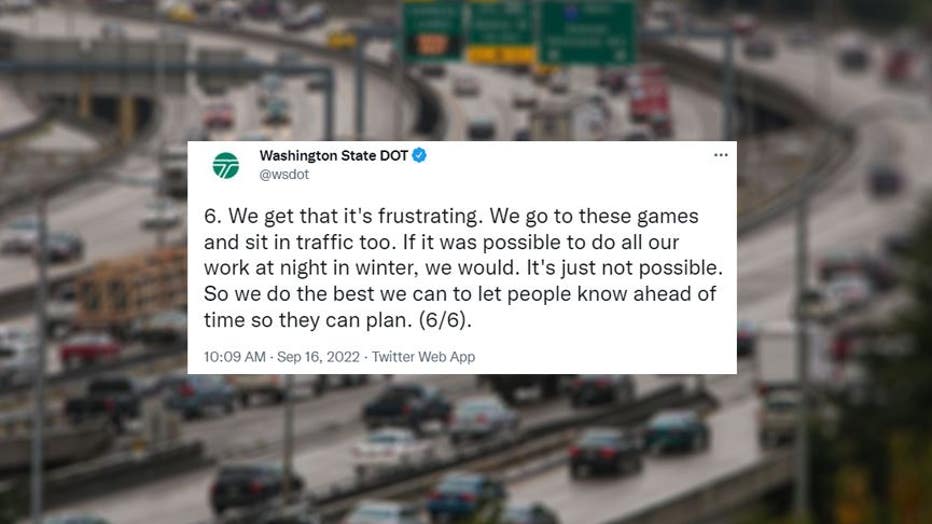 Road closures, traffic headaches, seemingly never-ending construction projects; these are just a few concepts that seem to have become the status quo for drivers in the Puget Sound region. Though beyond the new normal, WSDOT's recent announcement that construction will continue this weekend on I-5 and I-405 has struck a nerve with Husky football fans - especially with a big game this Saturday. 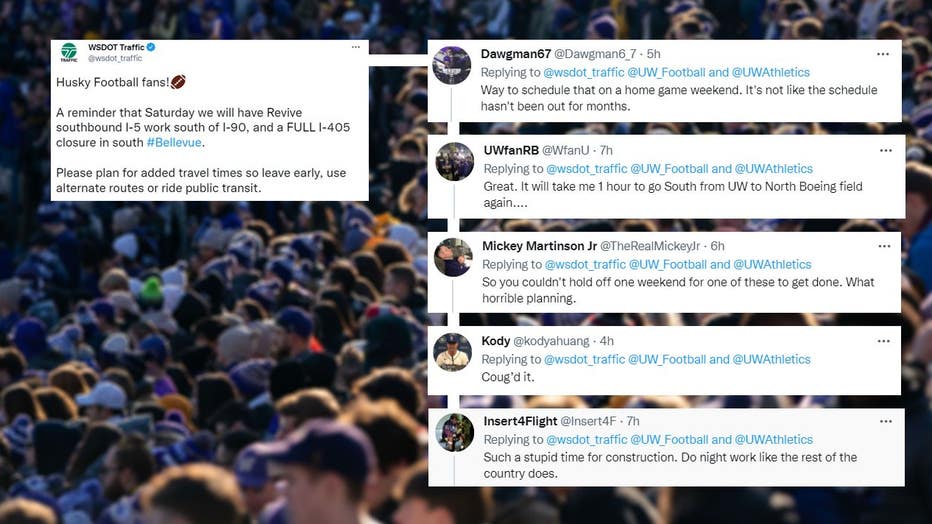 Here's what to look out for:

Starting at 11 p.m. Friday through 10 p.m. Saturday, all lanes in both directions of I-405 at Lake Washington Blvd SE and Exit 9 (112th Ave. SE) in Bellevue will be closed. There will be a detour at Exit 9, but WSDOT says to expect heavy delays. This closure is expected to cause major delays and gridlock traffic for the Huskies vs. Michigan State game on Saturday at 4:30 p.m. 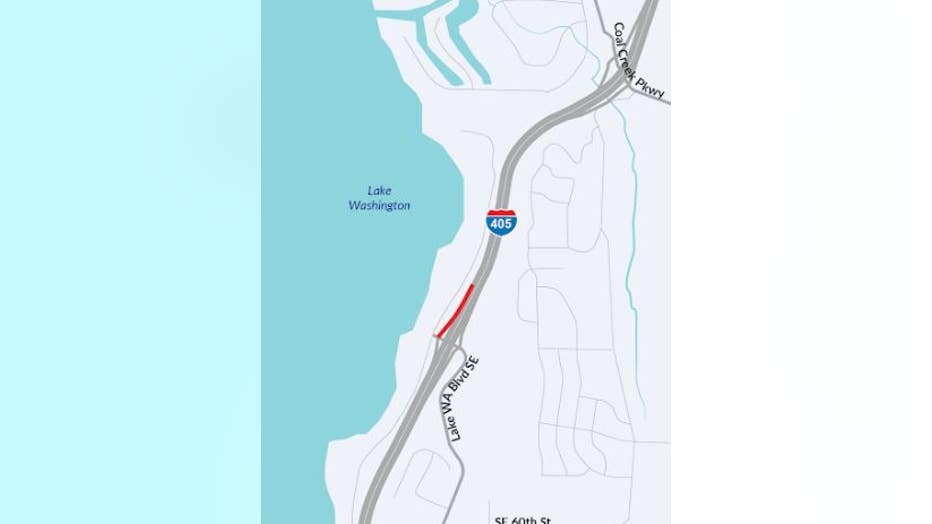 "Because we need to do I-5 work basically every weekend, we can't not do work on other highways at the same time there is I-5 work. Some of those projects also need full weekends, like this work on I-405," WSDOT tweeted.

WSDOT encourages football fans to take the light rail directly to the station, or use other modes of public transportation. If you end up driving, WSDOT says give yourself plenty of time to get there.

Crews had to shut down the interstate to fix a sinkhole.

Revive I-5 is back this weekend, but it's a slimmed-down version, WSDOT says.

WSDOT says crews will wrap up before the opening of the West Seattle Bridge on Sunday, Sept. 18.

The West Mercer Way on-ramp to westbound I-90 will be closed, which means the entire I-90 floating bridge from Mercer Island to Seattle will be closed, including the bike/pedestrian path. This closure is for expansion joint repair. 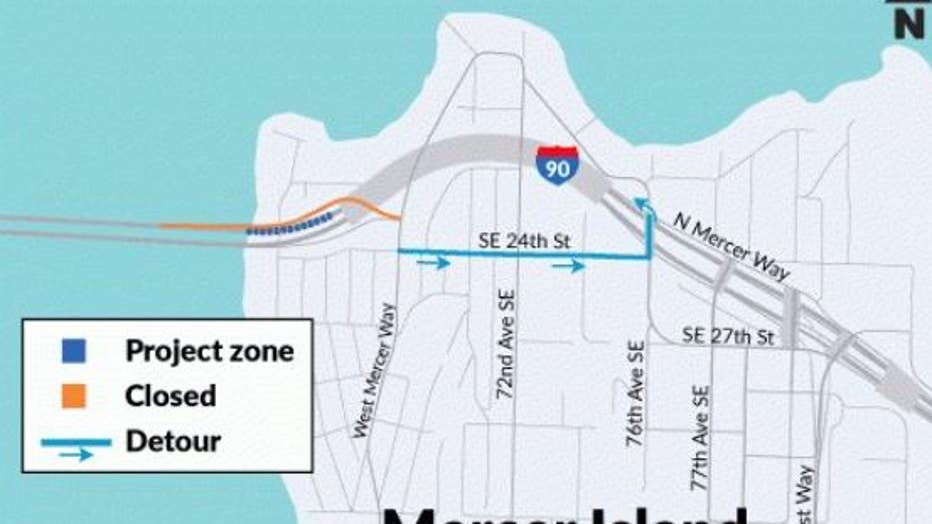