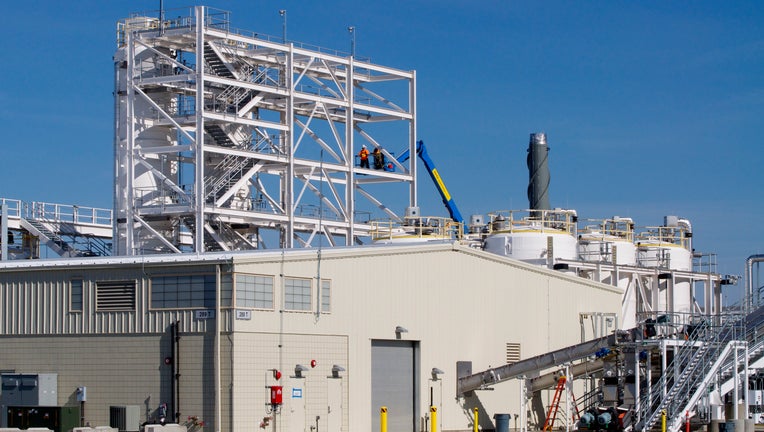 The Hanford Site, located in Benton County along the Columbia River, produced almost two-thirds of the plutonium used in nuclear weapons from World War II through the Cold War. The site is 580 square miles, with 56 million gallons of radioactive waste stored in 177 underground tanks, some of which have been leaking for years.

According to the Washington State Department of Ecology, tank B-109—built roughly 75 years ago—leaks around 3.5 gallons of radioactive waste per day, or 1,300 gallons per year. Other tanks are estimated to have leaked 200,000 gallons into the soil, which has already soaked in around a million gallons of waste.

It represents one of the U.S. Department of Energy's most complex challenges, and costs the country billions every year to clean up.

Biden's 2023 budget request has funding budgeted for the project, but Gov. Inslee argues that it still falls short.

"There is a great deal to like about President Biden's 2023 budget request," Inslee tweeted. "I am concerned, however, about the apparent decision to request substantial cuts to the budget for cleaning up the Hanford Site. Now is the time to redouble our efforts at Hanford, not to curtail them."

The tanks are buried more than 200 feet underground, but have saturated the soil with radioactive waste, flanked on all sides by either the Columbia River, towns or farmland. Inslee says failing to clean up the waste will negatively affect farmers, tribes, Tri-Cities residents and the river.

"These cuts would happen at a time good progress is underway at Hanford. This year the Tank Side Cesium Removal facility opened. Processing of low-activity waste will begin next year," said Inslee. "If the federal government pulls back its obligations, this cleanup will last into next century."

Senator Patty Murray, D-Wash., said in budget hearings that Congress would need to earmark more than $11 billion a year for the next 57 years to cover cleanup costs, according to the Associated Press.

The budget includes just $7.6 billion to clean up nuclear sites around the entire country.

"We can’t wait until the 22nd century," said Inslee. "It’s time to meet our moral and legal obligations now."