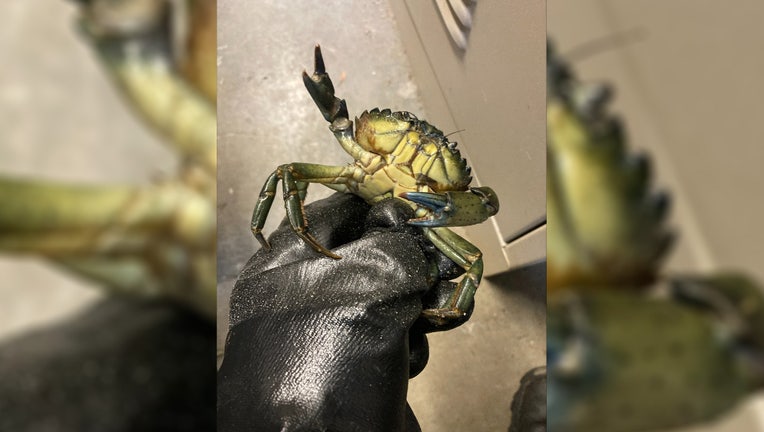 Washington Department of Fish and Wildlife

SEATTLE - Police officers with the Washington Department of Fish and Wildlife (WDFW) confiscated around 30 pounds of live green crab that were being sold at a Seattle seafood market earlier this month.

According to the WDFW, European green crab are a globally damaging invasive species that pose a threat to Washington's economic, environmental and cultural resources. In order to protect native crab species, like Dungeness crab, it is illegal to possess or transport green crab in Washington.

WDFW officers went to investigate the seafood market after receiving a tip that they were selling live green crab in early December. It was later determined that the market owner purchased the crab from a retailer in Massachusetts.

Authorities say the Seattle retailer was unaware that the crab he purchased was the invasive species outlawed in Washington state. The seller was cooperative, and the crab were confiscated and destroyed.

Though often considered inedible due to their small size and lack of meat, green crab are edible. According to the WDFW, European green crab are fished commercially in parts of their native range, and are often used for crab stock and soup.

Potential impacts include the destruction of eelgrass beds and estuarine marsh habitats, threats to the shellfish industry, the Dungeness crab fishery, salmon recovery, and other ecological impacts to food webs.

According to report numbers from October, the Department of Fish and Wildlife has removed nearly 250,000 invasive European green crab from Washington waters so far in 2022.

WHAT TO DO IF YOU SPOT A GREEN CRAB

According to the WDFW, anyone who spots a green crab is asked not to kill it. Even though it may sound counterintuitive, the public is asked to avoid killing the crab, and instead report sightings to avoid cases of mistaken identity.

Volunteers prove critical in the fight against invasive green crabs