Multiple crashes shuts down WB I-90

Troopers are working to clear the scene of a crash involving multiple semi-trucks and cars on westbound I-90 near North Bend.

NORTH BEND, Wash. - Interstate 90 near North Bend was closed in both directions for several hours Thursday morning due to crashes involving multiple semi-trucks and cars. 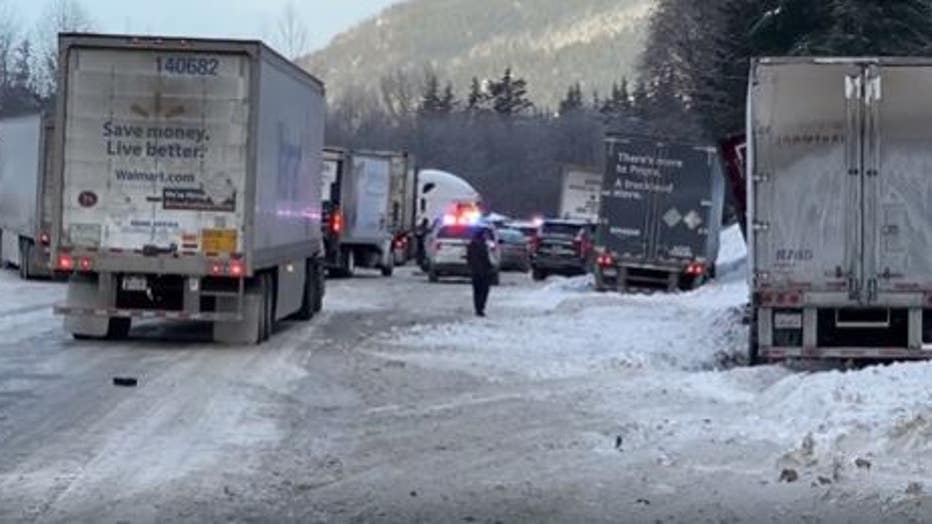 A major crash has closed westbound I-90 near North Bend on Thursday morning.

FOX 13's Dan Griffin was at the scene of the crash and the Washington State Patrol said that at least one person was hurt.

Trooper Rick Johnson said that there were collisions in the east and westbound lanes. The number of vehicles involved is not known.

According to Johnson, a trooper's patrol car was hit by two cars. The trooper was investigating one of the crash scenes and said he was OK.

Troopers have responded to 161 calls in the past 24 hours in King County alone.

Johnson urged drivers to delay their travel if they can.