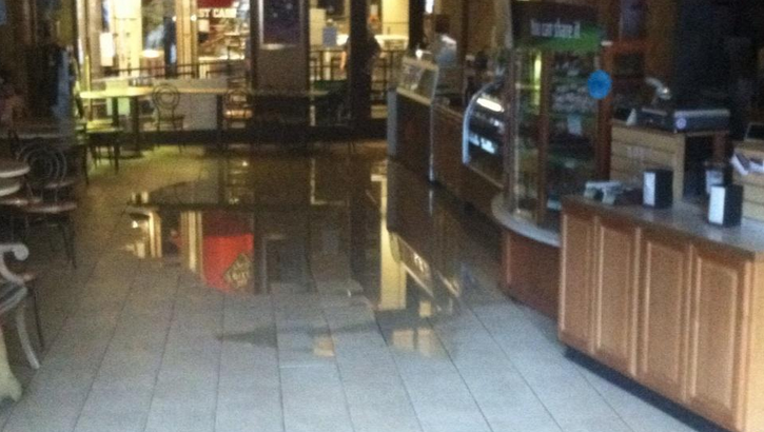 SEATTLE -- A water pipe break on the 4th floor of a downtown building caused flooding on the floors below and forced cleanup Monday morning.

A pipe on the 4th floor of a building located in the 1400 block of 1st Avenue -- just south of Pike Place Market -- cracked sometime Monday morning. The pipe burst caused flooding, some visible on the floors below.

The water was being pushed out the doors at 9 a.m. Monday. The extent of the damage was not immediately known, but officials said the Pike Place Brewery and a theater in the building suffered damage.

Traffic was backed up outside the building as emergency workers attempted to clear the water.