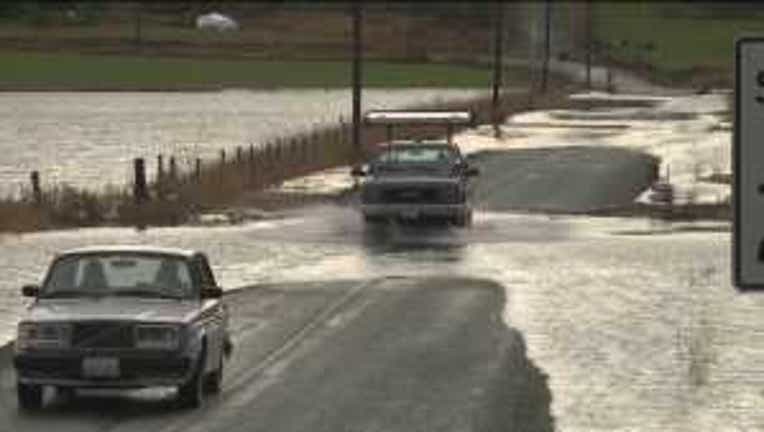 LEWIS COUNTY-- With the worst of the record November storm behind the region, some areas are waiting to see if flood waters will rise again. Residents along the Chehalis River in Lewis County were trapped in their homes waiting for water to recede Tuesday. And those, like the Hill family, don't want to wait too much longer.

"After you go through what we went through in 2007 you panic a lot," homeowner Shiela Hill said.

The city of Centralia opened its Emergency Operations Center Monday during the storm. Centralia police officer John Panco said there hasn't been much flooding on the streets, and not many have taken advantage of the sandbags.

Still, Hill said she nearly lost her house during the floods of 2007 and had to be rescued by boat.

Now, her home is again surrounded by water.

"The creek goes all the way around the back of the house," she said. "The river's right across the road, so if we get that one two punch that they're saying we're going to get and the water's not gone, I'm probably going to lose at least my garage."

Cheryl Emery, a Centralia resident, is afraid flood waters will wash away a part of her business. She is also reminded of the 2007 floods, when she lost more than 30 cars from her car lot against the Chehalis River.

"We might have to get the cars ready to move off the lot and up on higher ground," Emery said.