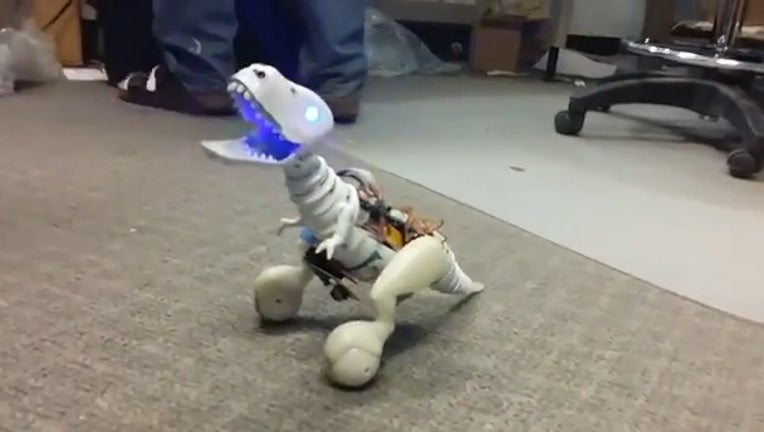 Many little kids at a certain age dream of having a dinosaur as a pet.  Then they fully understand the science of extinction and that dream is crushed.

Now toymaker ‘Never Ben’ and his team may have a solution:  a cute little dinosaur robot named Boomer!

The creators of the wildly popular robot dog Zoomer have released a video on YouTube of a prototype they are reportedly building of the new ‘dinobot.’

Boomer can be seen chasing, chewing, sitting and even cuddling.  The creators say on the video he can be trained to do tricks and he even has emotions programmed into his memory.

No word on how much Boomer will cost when he goes on sale.  But Zoomer retails for between $75 and $100.

The toymakers end their newly released video with the fullscreen graphic which reads ‘Fall 2014.’