Democratic U.S. Sen. Patty Murray and Republican challenger Tiffany Smiley argued over abortion, crime and inflation in their only scheduled debate before the Nov. 8 election. Smiley on Sunday made numerous references to Murray’s 30 years in the Senate during the hour-long debate televised from Gonzaga University in Spokane, Washington, saying it was time for a change.

Watch the full Town Hall from Oct. 23 in the player above. 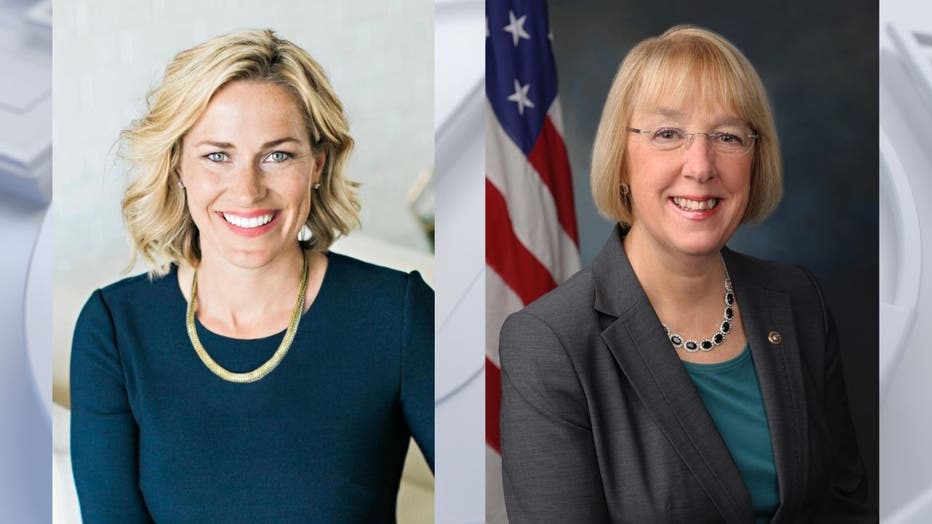 For one, Patty Murray, the Democratic senator who has held the seat for the last 30 years and is seeking a sixth term. The Seattle Seahawks, Starbucks and The Seattle Times, home-grown, big-name organizations that she dismisses as "woke corporations" for not wanting her to use their logos in her ads. The city of Seattle, which she’s denounced as liberal and crime-ridden.

Smiley’s broad range of targets illustrates the combative approach she has brought to her campaign, a strategy that may at first seem counterintuitive to her efforts to draw in support from enough voters to oust Murray.

Whether Smiley’s efforts will work in a state that hasn’t elected a Republican to the Senate since 1994 remains to be seen.

Murray has also run a slew of negative ads against Smiley, saying the Republican’s anti-abortion stance could threaten women’s rights and also trying to tie her to extremist elements within the GOP.

Cornell Clayton, a political scientist at Washington State University and director of the Thomas S. Foley Institute for Public Service and Public Policy, said while people say they dislike it when campaigns go negative, such ads work.

"Attack ads provoke stronger emotional responses from voters and are more effective at motivating behavior," Clayton said in an email.

Murray, 71, has seized on the abortion issue following the Supreme Court decision to overturn Roe v. Wade earlier this year, saying the decision "created chaos and harm to patients."

Murray has also promoted the achievements of Democrats, saying President Joe Biden’s infrastructure bill will rebuild roads, bridges and highways. She also noted Democrats passed medical improvements for veterans, a bill to make more computer chips in the United States and the Inflation Reduction Act, which will help reduce the impacts of climate change and lower the cost of prescription drugs.

While Smiley personally opposes abortions, she said she would not push for a nationwide ban. Smiley said she believes the issue is best decided by each individual state, and Washington voters decided decades ago to approve abortions here.

"I accept the will of the voters," Smiley said.

Smiley’s aggressive tactics echo that of Republican candidates across the country who are eager to take on the establishment while blaming Democrats for issues like rising crime rates.

Smiley is hoping enough people have tired of Murray, who was first elected in 1992, to give her an edge in November. She has spent big running blistering ads blaming Murray for crime and inflation, especially high prices for gasoline and groceries.

Smiley, who has made regular appearances on Fox News, emphasized her visits to all of the state’s 39 counties.

Murray has warned the Republicans will seek to restrict women’s reproductive rights.

"Depsite the clear outcry from across the country, overturning Roe was just their first step," Murray said recently on the Senate floor. "Republicans want to force my constituents to stay pregnant even when they do not want to be and go after the doctors who provide abortion care."

Money has poured into the race.

"Seattle voters recognize their leaders are failing them," Heimlich said.

Murray was first elected during the "Year of the Woman," motivated to run in part by the contentious Clarence Thomas Supreme Court confirmation hearings. She has risen to chair of the Senate Committee on Health, Education, Labor, and Pensions and is a member of Democratic leadership.

Smiley recently has tried to blame rising crime in Seattle, the state’s largest city, on Murray and Democrats.

In a new television ad, Smiley stands in front of a closed Starbucks coffee shop in Seattle and blames Murray for the rise in urban crime that led to the closure.

Murray replied: "We have seen increased crime and homelessness in every single community in our state."

For her part, Murray has tied Smiley to former President Donald Trump and his MAGA supporters.

Smiley said a photo of her standing with Trump that is featured in Murray ads was taken when she was advocating for better medical care for veterans.

Murray also pointed to the insurrection of Jan. 6, 2021, as something voters should not forget.

The state Democratic party has also warned that Republicans are a threat to voting rights and have said Murray would protect them.

"Our democracy is at stake," said Tina Podlodowski, chair of the Washington State Democrats.

Smiley, a 41-year-old native of Pasco, Washington, has tried to connect with voters by focusing on her personal story.

She’s a former nurse who has highlighted her past advocacy for her husband, a military veteran who was blinded in an explosion while serving in Iraq in 2005.

Smiley said big issues pushing her to run include the government response to the coronavirus pandemic, especially the closing of schools.

"I’m the mom of three young boys who were shut out of school for a year and a half," Smiley said.

Murray said her top political priority in the next two years is "to protect the rights of women to make their own health care decisions."