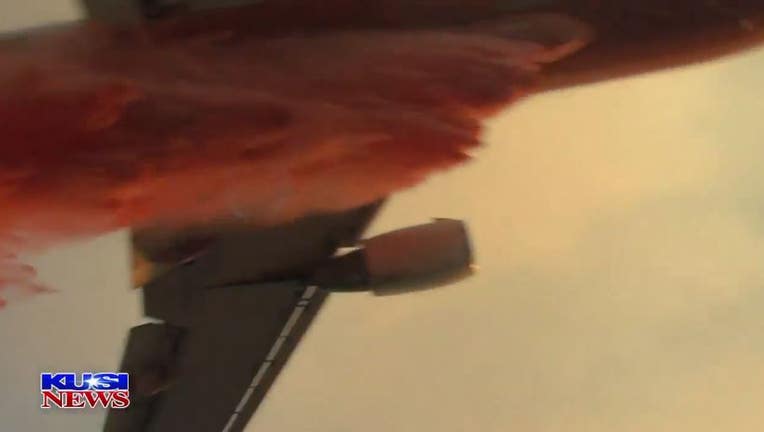 SAN DIEGO, Ca -- A television news photographer was in the right place at the right time to capture some unique video while covering the fires burning around San Diego.

Then again, maybe Taylor Schuss of KUSI News thinks he was in the wrong place at the wrong time.

Schuss was covering the Cocos Fire in San Marcos Wednesday when a DC10 Supertanker banked into his viewfinder.  He quickly started rolling and watched as the plane flew right over the top of him dropping a giant load of fire retardant.

Schuss was covered, his camera was drenched and his car was coated.

But in the end he had some great video to share with viewers.