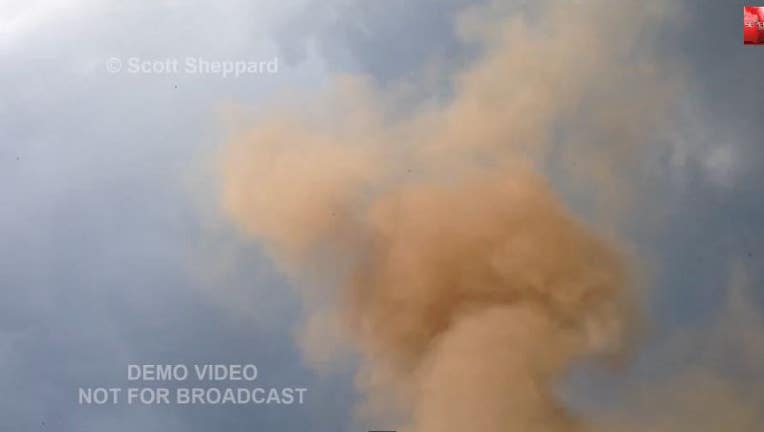 FAIRBURN, ND – A storm chaser is genuinely lucky to be alive after being struck by lightning in North Dakota and the whole thing was caught on the camera he was using to shoot video of the storm.
Severe Studios posted the video to YouTube Tuesday and identified the storm chaser as Scott Sheppard.

Sheppard reportedly was shooting video out of his car window when the bolt struck.

“The strike hit his arm and then traveled down to the ground and blew a hole in the pavement,” wrote Severe Studio on YouTube.  “The lightning also disabled his vehicle and a passing car, both of which had to be towed.”

Sheppard is said to have a very sore arm, but us otherwise unhurt.

The Centers for Disease Control estimated that between 2003-2012 lightning strikes caused an average of 35 deaths per year in the U.S.  However most people who are struck do survive, in fact the CDC estimates 90% of people survive.  The odds of being struck in a given year are about 1 in 500,000.