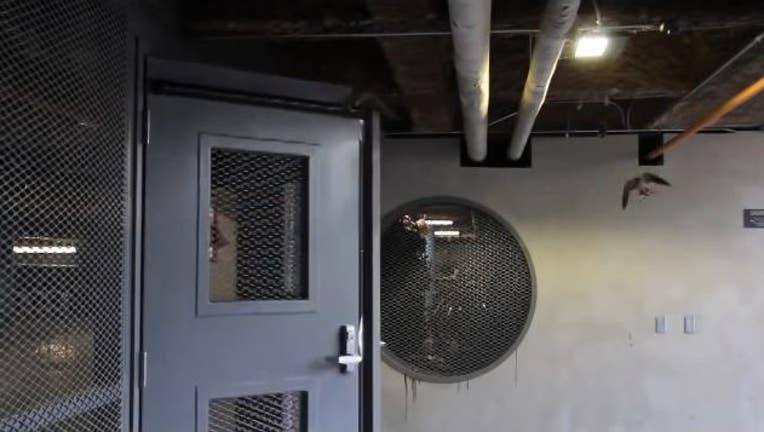 VICTORIA, BC – A group of swallows nesting in an underground parkade at the University of Victoria in British Columbia have learned to adapt after the school installed automatic doors between their nests and the outside world.

Hughes wrote in the about section that the birds had been nesting in the underground parkade and then it was converted into a campus bike centre with doors on the end.

“The swallows quickly learned how to trigger the motion detectors to open the doors and go in and out whenever they want,” wrote Hughes.  “Smart birds!”